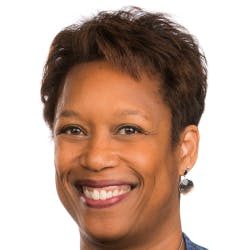 The reinvention of telco data centers is still in the early stages, but the opportunities and challenges facing network operators and their technology partners are quickly becoming clear. Software-defined networking (SDN) lies at the heart of the long-term potential of next-generation telco data centers. It also presents some of the biggest issues in telco data center transformation.

Heavy Reading has traced the rapid evolution of SDN in the telecom environment from the start, and my new report, The Future of Telco Data Centers in the SDN Era, expands our research view into what may become network operators' key strategic asset in the next-gen telecom ecosystem: virtualized data centers.

The report highlights and analyzes the impact SDN will have on the telco data center networking domain, including the various implementation scenarios and approaches of new-entrant challengers and established vendors. It offers insight into the current thinking of telco data center operators regarding their emerging requirements and expectations for networking infrastructure. It also identifies the likely evolution of the networking as telcos transform their data centers to support SDN and network functions virtualization (NFV), including an in-depth review of the strategies of 12 key networking technology suppliers.

With increasing competition from hyper-scale web players and OTT providers, telcos have recognized the need to move quicker and lower their costs -- both opex and capex. They are virtualizing their data center resources to increase utilization rates and automate service creation and delivery. They are also planning to virtualize network functions themselves. Doing so will allow them not only to move away from higher-cost network elements based on proprietary hardware, but also to become more agile and flexible. Virtualized functions will make it easier to deploy functionality in distributed data centers that reside closer to an end user's location.

New entrants are taking multiple approaches to data center networking. Though they are often linked together, the new crop of networking suppliers is hardly monolithic. It is true that most use platforms that are based on merchant silicon (as opposed to custom ASICs), but they vary in the nature of the functionality their solutions support. Networking-focused companies such as Pica8 offer Linux-based OSs that are loaded on to bare-metal switches in support of the "white box" approach to data center switching. Companies such as BigSwitch, Vello Systems, and Plexxi offer some switching support, but they are more focused on applications.

BigSwitch has recently pivoted toward its unified physical and virtual network fabric and network monitoring application. Vello, too, switched gears midstream and now provides software to manage data center infrastructure, as well as applications running on this infrastructure. Plexxi is focused on the concept of "affinity," mapping the relationship between various network elements needed by a given workload, and programming the fabric with the necessary topologies.

Pluribus Networks stands somewhat separate from the rest, because it offers a converged infrastructure solution. Its Freedom Server-Switch product line, combined with the Netvisor OS, provides a "fusion" of compute, storage, switching, and hypervisor functionality in a single device.

Telco data centers are in the midst of a substantial transformation. Telcos aiming to lower costs and improve efficiencies are open to new solutions, including those from new suppliers. Each of these new companies is addressing a subset of the myriad requirements emerging from this transition. They are pushing commoditization of the networking function, meaning all vendors -- new and incumbent -- will need to find a differentiator that will add value.

Convergence: Bringing networks together while the world tries to keep them apart

Carriers understand that adopting strong service assurance in the complex partner ecosystem of today's networks requires service assurance solutions that are well-integrated with other systems and can deal with proprietary and open source standards and open APIs. #sponsored