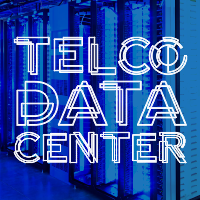 To kick things off, we talked to two of the sector's key experts on carrier data centers: Jim Hodges and Roz Roseboro are both senior analysts at Heavy Reading , specializing in data center issues.

So what are the major technology and business issues driving telco data center transformation?

Jim and Roz laugh. "SDN and NFV," they say, nearly at the same time.

Carriers are deep into the process of virtualizing their server and storage infrastructure, and are now beginning to virtualize the network, Roseboro explains.

That's true in many industries, but it's a particular challenge for carriers, which face high availability, security, and regulatory requirements that do not constrain companies in other sectors, Hodges says.

Both carriers and vendors need to move from managing hardware to software. "Operators are currently managing lots of boxes and they're moving on to manage software, requiring different tools and processes," Roseboro says.

Carrier-driven disruption is rare, says Hodges. In the past, disruptive technology came from outside; it's something the carriers could not control. "It's a major switch to the telco business model, but it's being driven by the telcos in many respects," Hodges says. "In some respects, NFV is more disruptive to the vendor communities."

Roseboro says she's been hearing from carriers that it's harder to make a business case for SDN than for NFV, because SDN's primary benefit -- at least for now -- is reducing opex. "Carriers will invest to increase revenue. It's hard to get people to invest to save money," she says.

So which carriers are leading the move to virtualization? It's hard to say.

All the Tier 1 carriers have ongoing programs, "because they realize this is their architecture of the future," and it's very much a global process, Hodges says: The operators that signed the NFV white paper in many respects have set the pace, he notes.

Operators are putting virtual firewalls and other appliances at the edge of the network to take their first steps toward NFV, but core functions have yet to be specced out, Roseboro says, adding that it's too early in the virtualization transition to identify and name leaders.

Find out more about how NFV is shaping the data center -- join us for our NFV & the Data Center event Sept. 16 in Santa Clara.

Look out during the rest of the month for more coverage of telco data center issues and developments, including features on the top people and vendors leading the transition.

And for further reading, check out these NFV and SDN articles on Light Reading:

Like what we have to say? Click here to sign up to our daily newsletter
Related Stories
COMMENTS
Newest First | Oldest First | Threaded View
Add Comment
Be the first to post a comment regarding this story.
EDUCATIONAL RESOURCES
sponsor supplied content
Why Energy Management Is Critical to 5G Success
Private 5G Networks and Testing
Conquer your 5G challenges with Intel® FPGA wireless solutions
Build your Radio Access Network (RAN) on Intel® FPGAs
Are you ready for 5G? Intel is
Unlock new use cases and increase network efficiency with an open vRAN solution
Accelerate the next wave of 5G Network Transformation with Intel
Run CNFs on Virtual Machines To Optimize Your 5G Networks
Educational Resources Archive
More Blogs from Wagners Ring
Podcast: Don't Call Us an SD-WAN Provider  Cato Networks