SANTA CLARA, Calif. -- NFV & the Data Center -- CenturyLink is working to get its network service cycles to match the 21- to 30-day cycles of its CenturyLink Cloud operations, and that includes developing a layer of open applications programming interfaces that exists above the network, VP-Network Strategy and Development James Feger told the near 200-strong crowd here today.

The layer of APIs, which would incorporate open source technology and be contributed back into open source communities, will allow developers to offer their apps or services regardless of the underlying infrastructure, he notes. Feger, who was actually filling in for CenturyLink Inc. (NYSE: CTL) Cloud CTO Jared Wray, admits there is substantial work to be done to get network service cycles to run that fast.

CenturyLink has been successful in integrating the multiple platforms of its many acquisitions, including local and global networks, the managed services business of Savvis, the cloud orchestration and software development of Tier 3, and the platform-as-a-service capabilities of AppFog, Feger says. That integration is what allows a "network guy" to deliver the "cloud guy's" presentation. (See CenturyLink Cloud Goes Hyper and CenturyLink Shows Cloud Is Still Critical.)

But he admits the service cycles on the network side are still measured in months, not days. By incorporating the Agile technology approaches of the CenturyLink Cloud operation and the use of a dev/ops model, he hopes to change that. Whereas operations is traditionally standalone (and generally avoided by many network architects), the dev/ops model eliminates the hand-off from development to operations, keeps the developers in the feedback loop, and incentivizes developers to iron out problems or complications rather than pass them downstream.

CenturyLink Cloud uses the Agile approach to constantly monitor and collect feedback in a service cycle that updates every 21 to 30 days, which has actually eliminated the need for traditional service roadmaps.

Light Reading's NFV & the Data Center event is going on now. Check out all the coverage on our dedicated show site here on Light Reading.

Feger did raise two concerns about moving to the cloud: First, he advised that the process must include automation, to enable self-service; and second, he reminded the audience that customer expectations regarding cloud have to be managed.

If service providers don't automate the processes around cloud, and instead throw people at the problem as they have done in the past, they will find the model doesn't scale, he notes. And by letting customers think the cloud can solve everything -- when it can't -- they set themselves up for failure.

thebulk 9/17/2014 | 2:45:49 AM
Re: What happens when you over-promise the cloud? True there are some issues in the cloud but the idea echoed in the article that the customer shouldn't have to think about the network that they should just be delighted by the delivery of the application is true. If the customer is aware of the network then there is an issue an something needs to be fixed.
Reply | Post Message | MESSAGES LIST | START A BOARD

Sterling Perrin 9/16/2014 | 4:30:34 PM
Re: What happens when you over-promise the cloud? Unicorns and rainbows? You didn't get that pic from Robert Shore at Coriant did you? 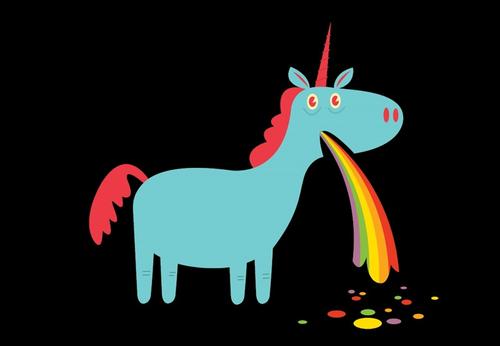