Be Open to the Freedom of Openness 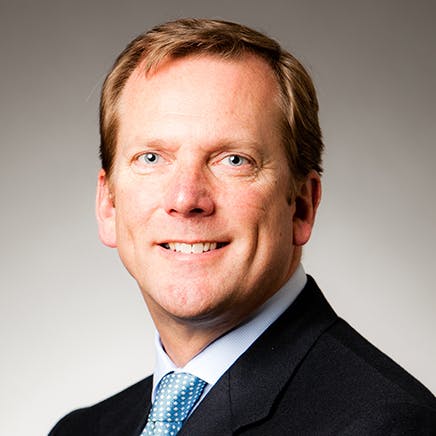 "Open." In the history of networking no single word has ever invoked such a jangling of the architectural senses. The word invites visceral attacks and defenses. Is "open" possible? What does it even mean? Sure, it sounds good, but as Thoreau penned, "Be not simply good; be good for something."

So why does open matter? The answer is that open is an environmental description, not a specific statement of value. An open environment is a better environment.

It's like freedom -- free of what? It's a long list: freedom of speech, freedom of movement, freedom of religion, freedom to innovate and other freedoms. Individually each attribute may have both benefits and drawbacks. But taken collectively, it's freedom from tyranny, the environmental basis of human success.

Similarly, open is the sum of many attributes. Each can be challenged individually, but together they enable control over our own destinies and create an environment where progress can flourish. Interestingly, the most critical attributes of openness have remarkable parallels to attributes of freedom.

Open Standards: This is democracy in action, a community's articulation of specific expected behaviors. Standards are the common rule by which we are all measured. While they do not guarantee the same outcome, they do ensure a common starting line.

Open Source: This attribute brings triple benefits. One is a global licensing model with the potential of eliminating the risk of being force-fed from a higher power with proprietary control. The second is the benefit of peer review of code, a constant and vigilant community process that makes it very difficult for nefarious schemes to be invisibly inserted. The third is pace of innovation; history has proven the "force multiplier" effect when developer communities lock arms and share code to drive change.

Open Systems: By decoupling hardware and software, the world is presented with choice. This eliminates the all-or-nothing totalitarianism of the black box model. This invites an ecosystem of options and competitors that makes supplier markets efficient and increases the potential for the end-user to innovate at the system architecture level.

So in response to the question: Yes, open is possible. Yes, open can be defined. And yes, open matters -- because an environment of freedom is a superior construct.

NFV and SDN are networking's new land. It's a land full of promise, and we must actively assert the freedom of openness within it. Passivity is not a form of advancement; this is the chance to fight entropy, to be bold and to take control of our destinies.

Atlantis-dude 9/1/2014 | 8:57:53 PM
Use of open - either the source directly or architectures using open stds have some use. Other cases are mostly just marketing.
Reply | Post Message | MESSAGES LIST | START A BOARD

KBode 9/1/2014 | 9:22:43 AM
Re: Openness in Practice Verizon would tell you they're one of the most "open" companies in telecom, and that caused them to spearhead their open development initiative years ago. Yet they're one of the most closed of all the telecom carriers, especially when it comes to their wireless network and competing hardware and services. Words on this front are but wind...
Reply | Post Message | MESSAGES LIST | START A BOARD

smkinoshita 8/31/2014 | 8:30:39 PM
Open Standards are a Nice Idea in Theory... Open Standards are a great idea in theory, but in practice they seem to take a long time to actually come to light due to their very nature of being open.  Maybe it's just for a few projects I heard about last, but I think it's the double-edge of openess.
Reply | Post Message | MESSAGES LIST | START A BOARD

Kruz 8/31/2014 | 6:12:56 PM
Re: Open source? More like open SORES. AMIRITE??? I tend to agree with joe that the term has been abused lately and that open has been overrated. When it comes to real support(in the case of open source), you just cant count on a quick reply.
Reply | Post Message | MESSAGES LIST | START A BOARD

briandnewby 8/31/2014 | 8:07:48 AM
Re: Open source? More like open SORES. AMIRITE??? Joe, I agree. I think an open architecture, connecting disparate devices, has much more value. I'm in the election industry and open source software has been a buzz phrase for several years. It sounds good, but the security is significantly reduced in the name of more security. It's a great idea on paper, flawed in practice.
Reply | Post Message | MESSAGES LIST | START A BOARD

Joe Stanganelli 8/29/2014 | 11:23:28 PM
Open source? More like open SORES. AMIRITE??? IMHO, open source is very overrated.  It's certainly great for some things and has its benefits, but it's not nearly as secure as it is often touted to be (TrueCrypt debacle, anyone?).  Not to mention the fact that it's extremely difficult to verify that the version of the open-source software you are using is in fact what it purports to be.
Reply | Post Message | MESSAGES LIST | START A BOARD

Their whole company operates -- very successfully -- on their tightly closed model.  Here's a fascinating, in-depth look I just read, for instance, at the company's PR machine.  The whole company, in fact, seems to operate in this way -- and that's a big part of the reason why they are one of the most valuable companies in the world today.
Reply | Post Message | MESSAGES LIST | START A BOARD

To me, the entire point of Openness is completely undermined.

When I want Open, I want the ability to build products to standards that meet the needs of different customer bases.  I want to build them to interoperate with other products in a way that is useful to a customer.  What I see is that the versions of Open that you have defined are those of contribution and not of use.

Let me give you an example:  Would you say a set of Old Fashione Telcorida Standard like say TR-57 or GR-303 were Open?  Yet, in practice products that addressed completely diverse needs were created and executed under that set of closed systems.

The reason boils down to architecture.  The reason that all these products worked is that they fit into a drop in spot in a network.  The "Job" of that spot in the network was defined and shared amongst a relatively large customer set.  Multiple independent teams developed products to meet the requirements of the "Job".  Customers benefited because entire product categories were plug and play.

In the IT world, there is a bubbling of creation where "standards" become acclaimed by popularity.  That popularity comes from effectiveness as deployed not as designed.  Other products/standards/systems just as Open fade away into oblivion.  You can see that through the number of abandoned Open Source Products.  Nobody would say the LAMP stack is optimal for anything.  However, it has turned out to be useful and has become something of an architecture.  So has VMware.  And AWS.

The problem in the Telecom world is the customers (aka the carriers) don't dabble.  So its hard to make the dozens of failures so that the one success is created.

My view is simple.  Carriers need to create architecture and use standards.  Tell the vendors that I want "one of these things".  Let the vendors make them.  If they use Open Source or Open Systems to do so, that may create a market advantage in some places.  It may not in others.  What the "Open" thing should do is reduce your development time and cost.  It may or may not improve your Quality or your Functionality over custom development.

But see Open Folks, don't REALLY want to be Open.  What they want is everyone to think the way they think.  They need people to build things the way they define them.  If you don't then you are wrong/bad/evil/closed.  Just another way to gain control.

So, how about we tell Apple they should be completely Open.  They should do iPhones, iPads, and iPods on top of x86 servers right?  Hunh....they do really well as a completely Closed company.

MikeP688 8/29/2014 | 3:59:27 PM
A True "Call to Action " You lay out a fantastic justification to help transform our world as we know it.   The problem is that the mainstream players are somehow stuck in the past and experience has shown that when they embrace openness, the possiblities become even more limitless.    If only such common sense prevailed.     A recent story in CRN on the trials and tribulations of Cisco is testament to this as it continues to adjust to a software-driven, open world today.