MADRID -- 5G Core Summit 2019 -- Telefónica's most senior technology executive has ruled out the use of just one vendor in the 5G core network the Spanish operator plans to build, despite agreeing it would be "easier" and "cheaper" than working with multiple suppliers.

Enrique Blanco, Telefónica's chief technology officer, said building a core network in the traditional manner would make critical infrastructure and services dependent on a single supplier and heighten the risk of a blackout.

"It is key for security and privacy," he told attendees at today's 5G Core Summit in Madrid. "It is easier to do with a single vendor in a single core, but we are doing a different approach to guarantee there is not any problem that can go viral and affect all customers. The industry needs to help us do this." 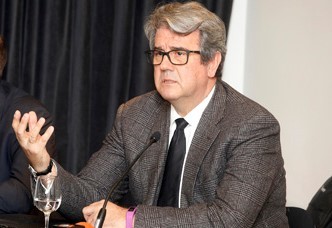 The approach means Telefónica's 5G core is likely to comprise a series of layers for different service domains. It might also be regionalized, said Blanco, so that vendors used in one part of the world are different from those in another.

But the task of stitching together a multivendor 5G core will be extremely difficult, said Gabriel Brown, a principal analyst with Heavy Reading, and operators are not all on the same page.

Velcom, the Belarusian subsidiary of Telekom Austria, decided against pursuing a multivendor strategy when planning its own 5G core, said Valery Barai, the company's head of core networks, even though it attaches as much importance as Telefónica to virtualization and the shift to a more software-based network.

Blanco is urging vendors to get behind the open source and cloud-native technologies that he believes Telefónica will need to realize its 5G core ambitions. As part of the overhaul, he is aiming for a complete separation of the user plane, which moves traffic around the network, from the control plane responsible for signaling. He also foresees a three-year transition to an architecture based on microservices, which break functions down into more lightweight and reusable components.

"If we don't take the right decision we could be in a very poor situation," he said. "We are fully engaged and trying to make sure we don't make any mistakes."

Light Reading's 2020 Vision Executive Summit is an exclusive networking event for senior communications networking executives. Join us and a host of visionaries this December in Vienna for a real-world examination of the challenges facing the communications industry. Spaces are limited, so book your place now!

That is a dilemma that other telcos will face as they draw up their own plans. "5G core migration is an immensely complex problem and a challenge because it is so multidimensional," said Heavy Reading's Brown during a presentation later in the day. "There are so many dependencies across the rest of the network." Decisions about the radio access and transport networks will have a major bearing on the core network strategy, he said.

While a multivendor strategy could aid the rollout of a more resilient network, and allow Telefónica to avoid over-reliance on one supplier, it seems likely to result in far more operational complexity, say telcos, especially with the adoption of microservices.

"Those were not designed to make it easier to run the system," said Franz Seiser, the vice president of core network development for Germany's Deutsche Telekom, which is similarly planning its investment in a 5G core network. "You need to come up with a proper automation system. If that is under control, there is a chance to get to lower operating costs."