At a time when the communications networking market's attention has been drawn toward the bright light of software enablement, it's important to remember that hardware developments are still of critical importance: That was a point well made by Gilles Garcia from Xilinx during a video conversation at this year's Big 5G Event in Denver.

Acacia reminded us of this again this week with the release of its AC1200-SC2 (yeah, that's a "squared" sign), which, the company boasts, is the "first single-chip coherent module to deliver 1.2 Tbit/s on a single channel." (Single "c" x single "c" = single "c" squared, right?)

That's not just boasting for the sake of it: The single chip and single channel capabilities (plus flexibility in terms of channel widths) are important to Acacia's customers because, in effect, they are getting the equivalent of multiple products rolled into one, in a simpler form factor and with the ability to enable significant data transmission over one optical channel.

One of Acacia's customers, ECI Telecom, highlighted these benefits in a press release quote, noting how this module fits into its "as you like it" approach to delivering operators greater flexibility from a single platform -- it also enables greater fiber utilization at a time when getting the most out of existing, sunk assets is critically important to carriers.

This kind of R&D is one of the reasons Cisco is ponying up $2.6 billion for Acacia.

Cisco, it should be noted, is another customer with positive things to say about the new offering, along with ADVA and ZTE.

The SC-squared module is the latest version of Acacia's AC1200 module, which the company started shipping last year and which also enabled 1.2 Tbit/s -- just not in a single channel. The "single squared" capabilities were always in the product roadmap, based on the capabilities of the company's in-house developed Pico DSP ASIC (digital signal processor application-specific integrated circuit), but the plan was to "bring these advanced features to market in stages," says Tom Williams, VP of marketing at Acacia. He adds that the AC1200-SC2 is the same form factor as the initial AC1200, designed to support client as well as line-side capacity demands (making it applicable to metro and data center interconnect as well as long distance transport requirements), is "ready now" for customers and will be shown off in Dublin at the upcoming ECOC event. 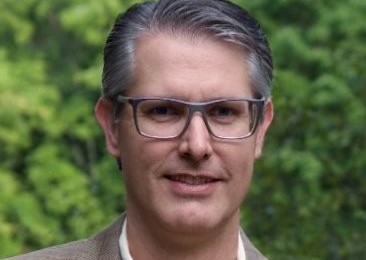 Acacia's Tom Williams is pumped about his company's latest coherent offer.
Join Light Reading in investigating the design of advanced 5G transport networks and the integration with edge cloud infrastructure and services. Register today for 5G Transport & the Edge in New York on October 10. Reserve your spot and learn from and network with industry experts; communications service providers get in free!

The release has caught the attention of industry analysts.

Stanley believes that "in the short term this long reach 400G capability is likely to be the most important. I believe it is the first module to support single wavelength 400G using QPSK and will require significantly fewer components and ROADM ports than alternative solutions based on dual 600G modules supporting 200G on each port using QPSK. The AC1200-SC2 also has the benefit of supporting adaptive channel widths from 150GHz to 50GHz or below."

Acacia's Williams notes that he is already "seeing some 75GHz and 100GHz [channel spacing] deployments, as well as 50GHz, and it's looking like 150GHz will be the next width adopted."

So how does the Acacia man feel about the competitive environment? His company might be first with the "single squared" proposition, but high-capacity transport component developments are underway elsewhere. So who is he seeing in the rear view mirror?

"We're always keeping an eye on Ciena and Infinera is developing on 800G. Nokia and Huawei are developing too. Nobody is standing still, but we like our position," says Williams.

But that position will change soon -- keeping on track and at full speed is tough for any company being acquired and there have already been suggestions that Ciena, which has been developing its WaveLogic coherent technology to support ever-increasing capacity during the past few years, might benefit while Acacia is being swallowed by Cisco (though will ultimately face tougher competition).

Dell'Oro Group Vice President Jimmy Yu certainly sees a close race to market between those using Acacia's coherent modules and those with in-house component developments. "If Acacia's new AC1200-SC2 is available by the end of this year, in-line with Ciena's WaveLogic 5, it will help Acacia customers such as Cisco, ADVA and ZTE compete more effectively with Ciena and Huawei in 2020. If Cisco closes the acquisition of Acacia, Cisco will have a cost advantage similar to Ciena, Infinera and Huawei," notes Yu in an email to Light Reading.

And the technology capabilities of the rivals are running close too, he adds. "Both the Acacia 1.2Tbit/s and Ciena 800Gbit/s solution will use a modulation of 64QAM to reach their respective highest throughput speeds. So, there is not much difference between them on spectral efficiency," but "once again, this depends on the system level implementation one may perform better than the other under equal conditions," notes Yu.

The Dell'Oro man also notes that network operators and the web-scale/Internet content provider giants will have significant vendor choice as Acacia supplies its modules to multiple system vendors, something that Cisco has committed to continue once it completes its takeover of the optical component specialist.

And as operators seek greater efficiencies and additional capacity to deal with the expanding data traffic volumes they need to manage, as cloud, video and (soon) 5G traffic volumes ramp up even further, they'll be looking to the hardware specialists to help them go the extra mile.

For more on this topic:

I don't believe the hype.