A Whirling Dervish of Telecom Gibberish

Three years ago, Turkish President Recep Tayyip Erdogan shared some of his Solomonesque wisdom on telecom, advising Turkey to bypass 4G technology and speed directly toward 5G. "We would waste time with 4G technology and should move to 5G in two years, or else Turkey becomes a garbage dump for 4G technology," he is quoted as saying in April 2015. (See Eurobites: Nokia Quashes Handsets Rumor.)

Unsurprisingly to anyone in the telecom industry, Turkey did not skirt 4G and become a 5G pioneer in April 2017, months before any technical standards were finished. But that has not stopped the almighty Erdogan from spouting telecom gibberish. This week, after US President Donald Trump's administration slapped tariffs on Turkish goods, Erdogan proposed a retaliatory boycott of US electronics, including Apple's much-loved iPhone. Patriotic Turks are urged to buy non-US devices instead. (See Eurobites: Deutsche Telekom Pulls Out of Iran.) 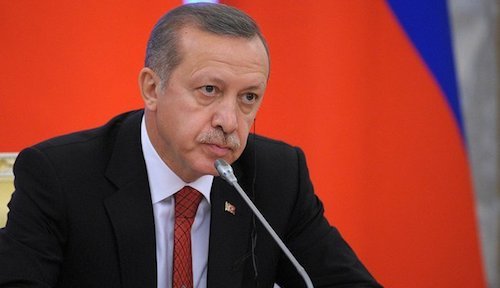 What Erdogan has failed to realize is that buying a non-US device is nearly as difficult as launching 5G two years before the industry is ready. Samsung, one of Erdogan's iPhone alternatives, is a South Korean technology titan that makes its own processors. But the Android operating system that powers the most popular Samsung Electronics Co. Ltd. (Korea: SEC) smartphones is from US software giant Google. Turkish electronics company Vestel is another of Erdogan's Apple Inc. (Nasdaq: AAPL) substitutes. Yet Vestel sources components for its Venus phones from US companies like Qualcomm Inc. (Nasdaq: QCOM) and Corning Inc. (NYSE: GLW).

In other words, boycotting the iPhone might simply punish one US company only to reward others. Vestel could always come under pressure to source components from non-US manufacturers. But the Google (Nasdaq: GOOG) Android technology and Apple's iOS software have an effective duopoly in the market for smartphone operating systems. And Apple is not the most obvious target for a Trump hater. Although it is the biggest company in the US, it has global presence and appeal and has publicly slammed the trade war that Trump has started. (See Apple's $1 Trillion Luxury Prison.)

Besides buoying Vestel's share price earlier this week, Erdogan's incoherence underscores the barminess of protectionism in the globalized technology sector. Unfortunately, he is increasingly a sign of the times. Despite Huawei's role in the development of 5G standards, US authorities prevent Chinese vendors from supplying the main US service providers, arguing (unconvincingly) that Chinese products could facilitate Chinese government surveillance. The same forces are at work in Australia, where Huawei's potential involvement in 5G deployment is now the subject of fierce debate. (See US Government Agencies Barred From Buying Huawei, ZTE Tech and Australia Could Open 5G Door to Huawei.)

India has also been infected. Under a loopy scheme apparently dreamt up by its telecom regulators, the Asian country aims to have zero imports of telecom network equipment by 2022. For the avoidance of any doubt regarding its status as a manufacturer, India remains a weakling. It has no home-grown rivals to Ericsson AB (Nasdaq: ERIC), Nokia Corp. (NYSE: NOK), Huawei Technologies Co. Ltd. and ZTE Corp. (Shenzhen: 000063; Hong Kong: 0763), and few manufacturing hubs. Moreover, its dependence on overseas goods has grown. Last year, India spent as much as $21.8 billion on imports of telecom equipment, nearly 50% more than it did three years ago. Indian exports in this market fetch as little as $1.2 billion annually. (See Is India's Goal of Zero Gear Imports by 2022 Viable? )

Trump has been the catalyst for much of this protectionism, but he cannot take the blame for all of it. Some authorities have been only too eager to mimic his behavior, and some measures clearly predate his presidency, including America's own restrictions on Huawei and ZTE. In Turkey's Erdogan, however, he has found a worthy adversary when it comes to mendacious outbursts and self-aggrandizing nonsense. Some pronouncement about Turkey's 6G lead might not be far away.

"We are often doomed to see the future as the analog of the past. Journalists see screens that contain familiar text and images, and that serve what used to be their ads—and they call that media. Such a mediacentric and egocentric worldview brings too many presumptions and misses too many opportunities.

What you call Telecom Gibberish has a definition

""Here is Ashley Crossman's definition: "A moral panic is a widespread fear, most often an irrational one, that someone or something is a threat to the values, safety, and interests of a community or society at large. Typically, a moral panic is perpetuated by news media, fueled by politicians, and often results in the passage of new laws or policies that target the source of the panic. In this way, moral panic can foster increased social control." Sound familiar?"

I am sincerely impressed by the superb Telecom journalism your publicatin has. I thought this is not possible in a dry technological reporting. But you see deep beyond technology, internet and business. You see the humans.
Reply | Post Message | MESSAGES LIST | START A BOARD

"boycotting the iPhone might simply punish one US company only to reward others"
Reply | Post Message | MESSAGES LIST | START A BOARD
EDUCATIONAL RESOURCES
sponsor supplied content
5Gs Impact on Edge Infrastructure
Watch the video: Challenges to Defending Against DDoS Attacks in the Age of Digital Transformation
Improve network stability and accelerate DDoS attack mitigation  get the success story
Find out why over 90% of ISPs trust NETSCOUT with their Smart Security in this solution brief
Learn which vertical is #1 in vertical industry attacks (you may not be surprised)
Network Data is the Key to Meeting Challenges for Service Providers. Stephanie Gibbons and Dr. Vikram discuss the key ingredients for success.
Watch the video with NETSCOUT and Light Reading: Service Providers  Are You Cloud Confident?
NFV Success Story: Get NFV Cloud Ready
Educational Resources Archive
More Blogs from Morris Lore
Open or closed, RAN vendors face a 2020s squeeze