DENVER -- Big 5G Event -- Virtualized networking and the cloud has been essential to Boingo Wireless's nearly decade-long transformation, from a company that provided public WiFi hotspots -- mostly at airports -- to a company that provides wireless access at public venues and multi-unit residencies.

Boingo's historical business, providing public WiFi access points for consumers in airports, retail stores and other public places, represents just 3% of Boingo's revenue today, down from 46% in 2011, Boingo CTO Derek Peterson tells Light Reading in a one-to-one interview. Public WiFi for consumers is a diminishing part of Boingo's business because the company is diversifying and also because venues are moving to offer WiFi as a free amenity to visitors.

Boingo's primary business now is providing Distributed Antenna Systems (DAS) to carriers and venues looking to improve wireless access to end users. The DAS are often located in the same places where Boingo provided WiFi. "We are the largest indoor DAS system in the world," Peterson says.

Boingo also provides Internet and TV to the military, allowing soldiers and airmen to connect from their barracks. And Boingo is branching out that service to provide cell towers on military bases.

Those are Boingo's "three growth engines" -- DAS ,the military and multi-family housing -- Peterson says. "Neutral host connectivity is the business," Peterson says. "Our job is to work with venues, find the right technology and get people connected." Boingo's customers are a "matrix" of the venue and carriers. 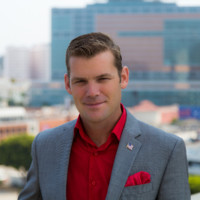 As well, Boingo provides advertising services, where consumers can watch a short video to get online in public venues for free; that service is available to other carriers, including AT&T and Charter, Peterson says.

Virtualization transformation
To transform its business, Boingo needed to virtualize its networks. Boingo could see six years ago that upgrading its data centers would not be the most effective growth strategy; instead the company moved network functions and back office systems to the public cloud, Peterson says.

At about the same time, Boingo started work on its Virtual Infrastructure Appliance (VIA), its virtualized Evolved Packet Core (EPC). VIA is a network functions virtualization (NFV)-driven platform that Boingo puts in any type of venue to provide both WiFi and cellular. That was the early days of the NFV movement. "I was a new CTO, making sure to do things that allowed us to be competitive," Peterson says.

"We have to be nimble because we're supplying the venue as well as the carriers," Peterson says. Each has different technology requirements, which means Boingo has to be flexible. Boingo provides caching servers, security and other functions as VNFs. It uses open source Ansible and Chef, for IT and infrastructure automation, respectively. And Boingo is now moving to standardize orchestration.

Scalability is a top requirement. For example, Boingo runs wireless at venues for the Live Nation concert series; in a few hours, each of those networks can go from a dozen people going online to a hundred thousand, and then down again. Boingo needs to manage that connectivity without a requirement for a large staff team onsite; instead, Boingo provides minimal equipment at the venue using the VIA appliance, and moves network services such as DHCP and DNS from local infrastructure to the cloud, as needed. The Chicago Bears stadium, which Boingo also serves, has similar needs, as do convention centers served by Boingo.

NFV pioneer
The first generation of NFV ran network functions on COTS hardware, as an alternative to purpose-built appliances, Peterson notes. Now NFV is becoming cloud native. Boingo builds its VNFs to scale up and scale down.

Additionally, NFV needs to be built to deal gracefully with outages and service degradation. For example, authenticating, authorizing and accounting for individual users ideally happens in real time, but as the service grows there may be a timeout. In that case, Boingo initially authorizes 7Mbit/s bandwidth, no matter what bandwidth plan the customer is on, and corrects that speed when the authentication/authorizing/accounting process completes. Boingo also provides a burst of bandwidth initially, which devices often require to set up connectivity.

Boingo's attitude toward service degradation reflects an industry transition that's been difficult for many operators. Rather than relying on the traditional five-nines reliability for components, modern operators need to assume failure for components and make sure the system as a whole works.

Boingo runs virtualized instances of multiple operating systems on each server, and can take a server offline and move functions elsewhere as needed. Virtualized instances can be taken offline or moved to another server, all to ensure reliability for the system as a whole, Peterson says.

And as part of its cloud evolution, Boingo is relying on Kubernetes as a component of its federated management and orchestration (MANO) system, a key piece of its NFV architecture.

While Boingo sees value in NFV, it also sees room for improvement, most notably in interoperability between different vendors' virtual network functions (VNFs). "That's where you spend all your time. You get all these VNFs and NFVis [network functions virtualization infrastructures] to play with and you try to make them work well together. You spend a lot of time playing with configuration and management. It would be nice to have some kind of integration test suite you can run that was certified and managed."

Cloud evolution
Boingo migrated functions to the public cloud, making extensive use of Amazon Web Services and Microsoft Azure, with some use of Google and Oracle. On the back office, Boingo is using Oracle Financials in the cloud. Additionally, Boingo moved from on-premises Microsoft Office to Office 365 about five years ago, and Boingo has converted its internal phone network to Skype in the Microsoft cloud.

On another project, Boingo is working on virtualizing its radio access network (vRAN). In large public venues, such as the Denver Convention Center exhibit floor where we met with Peterson at the Big 5G Event, you might have four cellular companies wanting to put up antennas, and that could increase by orders of magnitude due to the increased density requirements of 5G. That's a lot of clutter. "You're going to be full of crap in here," Peterson says.

He adds: "If you can virtualize the RAN and modularize the software, you can put up fewer radios. Moreover, you can switch carriers based on the needs of a particular event -- using vRAN, the same antenna can serve Verizon one day and AT&T the next day.