In a research note for investors, Piper Jaffray analysts James Fish and Andrew Nowinski suggested that F5 is acquiring Nginx to make sure rival Citrix doesn't snap up the software developer.

F5 was "likely" using NGINX code as part of its upcoming "software-only solution and couldn't let that fall to a direct competitor," the analysts say. Also, "NGINX was taking customers from F5," according to the analysts.

Light Reading talked with an industry source who, in addition to requesting anonymity, agreed with the Piper Jaffray team's analysis.

However, F5's Kara Sprague, SVP & GM of the company's Application Services Business Unit, says the acquisition was not defensive. "As [CEO François Locoh-Donou] mentioned in our investor call [Monday], when the possibility of being acquired arose, NGINX did run a competitive process. But no, our acquisition of NGINX was neither a defensive move nor due to a dependency on NGINX for our next-generation software ADC," she said in an email to Light Reading. (See F5 in $670M Deal to Acquire NGINX Open Source Application Delivery Server.) 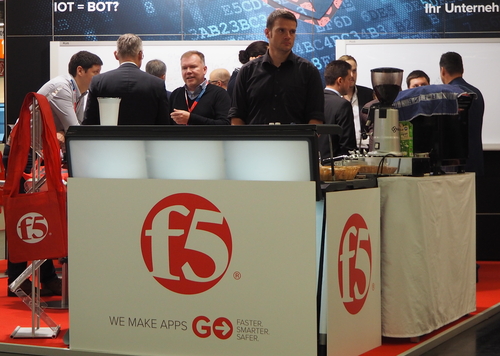 NGINX develops a self-named open source web server that can be used as a load balancer as well as providing other networking applications, and as such it competes with F5. The company provides support and software enhancements (called NGINX Plus) to the open source platform.

The companies' customers are "trying to bridge the divide between traditional and modern applications, across multicloud environments -- to balance enough effective controls with enough freedom to innovate," he says.

The combined technologies will provide application availability and security across enterprise data center, private and public clouds, to every user, including app developers, network engineers and security specialists, F5 says.

In other words, F5 is pursuing a multicloud strategy, which is the hot trend among networking vendors such as Cisco, VMware and Juniper, as well as a little company called IBM.

F5 swore not to mess with NGINX's "thriving open source community," which it called "one of the most attractive elements of this combination." NGINX CEO Gus Robinson, along with NGINX founders Igor Sysoev and Maxim Konvalov, will join F5's management team.

The open source nginx is the second-most popular web server on the top million busiest sites on the Internet, according to a January survey by Netcraft. The nginx server powers 19.8% of those websites, compared with 30.88% for Apache.