Ligado owns around 40MHz of spectrum in the 1600MHz L-band, holdings that gained significantly more attention following the FCC's blockbuster auction of 280MHz of C-band spectrum in the 3.7GHz-4GHz band.

Importantly, the FCC has twice voted in recent months to allow Ligado to conduct 5G operations as well as satellite communications in its spectrum holdings.

That development  coupled with Ligado's recent $4 billion fundraising effort and its partnership with Japan's Rakuten  positions the company to step into 2021 with more momentum than it has enjoyed in over a decade of tumultuous corporate history.

This interview, with Ligado's CEO Doug Smith, has been edited for brevity and clarity. 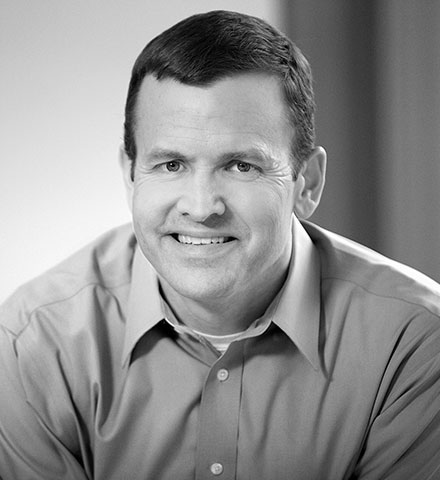 Light Reading: What are your goals for 2021?

This is really all the fun stuff, which is working with the ecosystem vendors, getting into the chip side so we can get devices manufactured, getting all the network gear that supports our specific [spectrum] band so that we can start to roll out our vision of secure, reliable 5G. And so that's exactly what we've been focused on.

You've seen the Rakuten announcement. That's a really important and exciting next step. It's really the first step in this plan that we've been developing so that we can get our 5G spectrum out in the public and private networks.

Our solution for mobile private networks, it's unique. It's 5G connectivity, it's powered by licensed, greenfield spectrum. If you're just starting, it gives you the flexibility to pick your path without having to work with an embedded architecture or network.

We can combine the scale of a public network, but we can also offer the reliability, the security and the customization of a private, enterprise-controlled network.

Light Reading: It sounds like you're increasingly focused on the opportunities around private wireless networks for enterprises. Is that right?

What we're also able to do here, because of our existing network and our satellite assets, is we can bring satellite connectivity to this as well. And I think that's a powerful differentiator for us, particularly when we're talking about IoT [Internet of Things].

We think, from an enterprise standpoint, there is a great need that we can fill. And that's everything from additional automation, machine-to-machine connectivity, or things like very low latency, high reliability and security that are so important to supporting critical infrastructure.

Light Reading: Are there any specific enterprise markets you're focusing on?

Smith: We're not limiting ourselves to any specific segment.

I certainly think the energy sector is a potential customer, but it goes well beyond that. There's energy, there's manufacturing, it's transportation. We look at big enterprises. And anywhere where you want to upgrade, automate and innovate on your own critical infrastructure, is a place that we can play a supportive role for these enterprises.

Light Reading: What steps are you taking to get Ligado's spectrum into the 5G ecosystem?

Smith: It starts with the [FCC] approval. We received that last year.

And quickly after the approval, we filed with the standards body, 3GPP, to get our spectrum included in the standard for 4G, for 5G.

That process, it's typically 12 months or so. We started that last summer and we've really made a lot of great progress.

I would expect us to have that complete later this year.

You should look forward to us announcing some of those agreements here in the near term.

Smith: This spectrum has been studied and tested, and so I am very confident in our ability to move forward.

One of the things we will do is certainly work with all the federal stakeholders. I'm looking forward to that process so that we can, to the extent there's any concerns, we can solve those.

But we are moving forward and doing everything we can to build out this ecosystem and to get the L-band deployed.

Light Reading: What does the C-band auction mean for Ligado?

Smith: There's lots of benefits of our spectrum being able to work with some of the higher bands.

When you get into the higher bands, in 3GHz, there's a lot of coverage challenges. And we think our spectrum can mitigate some of those challenges. Using L-band with something like the C-band actually unlocks lots of opportunities in terms of being able to deploy quickly and have a high-quality network and reduce your deployment costs because the L-band covers so much more geography.

Light Reading: Is Ligado planning to sell its spectrum?

Smith: We're focused on building a business. I'm not focused on finding a buyer or not.

Light Reading: Have you fielded any recent interest from network operators or others for a purchase or lease agreement for Ligado's spectrum?