Huawei sets out its stall for the digital economy

Neither the pandemic nor US efforts to send it to the wall have dimmed Huawei's fondness for big setpiece events.

This week the company went online with Huawei Connect, its annual customer conference that normally attracts around 25,000. 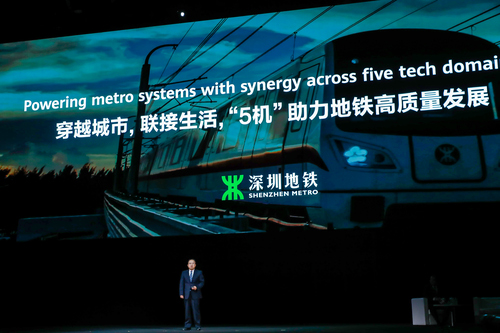 It was a hike through thickets of corporate visions, product launches and use cases  which isn't to say it wasn't worthwhile.

For one thing, we learned from Executive Director David Wang that Huawei is happy to exit Australia because it's a small market lacking in "high-quality customers" and not worthy of Huawei's resources.

On Huawei's supply crisis, current chairman Guo Ping confirmed what has been reported  the company has several years' inventory for enterprise and carrier products, but not so for smartphones. He didn't say how long supplies would last.

Guo acknowledged that as a result of "non-stop aggression" from the US government, the company is under huge pressure. "Right now, survival is the goal."

As in previous years, Huawei's big themes were about technologies for enterprise as well as telecom.

This year it's stressing connectivity, computing, cloud and AI  they're "a lot like electricity 100 years ago," Guo said.

These four domains, plus industry applications, are critical to the digital economy and are where the Chinese firm will continue to invest.

"Connectivity, computing, cloud, AI and industry applications are the five major opportunities we see in the ICT sector. And by producing synergy across these five domains, we look forward to creating new value together with our partners," Guo said.

For connectivity, Huawei envisages a fully automated network with ubiquitous gigabit access and a deterministic experience.

In cloud, the company maintains its goal of becoming one of the world's five biggest providers.

As is usual, Huawei brought plenty of case studies  a reminder of its broad expertise and that it has plenty of business that doesn't depend on US goodwill.

One example was the huge Shanghai traffic logistics system stuck with manual systems that caused traffic jams and delays. Huawei and DHL integrated more than 20 systems to slash inventory times and increase operating efficiency by 30%.

Another was Shenzhen Airport, one of the world's first to undergo a smart upgrade, covering airport operations, passenger movement and flight handling.

By using AI to automatically allocate stands to aircraft, it's eliminated tens of thousands of shuttle bus trips across the tarmac and helped ensure 80% of flights have been on time for the past two years.

Yet another is Shenzhen Metro, which carries 7.1 million passengers daily, that has applied intelligent maintenance to cut track equipment inspections loads by 70%.

With modeling and big data, and a neural network-based system, it can now quickly locate outages and cut labor costs by 60%.