When I watched last week's Cloud Native World, like many of you, I was primarily focused on what communications service providers (CSPs) had to say. I was particularly interested in the opening keynote presentation from Johanna Newman, principal cloud transformation manager for group technology strategy and architecture at Vodafone. Her discussion on Vodafone's journey to cloud-native rang some familiar bells – as well as a few new ones.

She showed a slide similar to one I've shown about a dozen times that depicts the progression from virtualization to cloud-native. After seeing how quickly agile development processes were adopted, many assumed cloud-native driven transformation would be as rapid. Most thought that the benefits of cloud-native were so transparent that they assumed migrating would be "very straightforward."

As we all know, this was not the case. While vendors were able to deliver some cloud-native applications, there were still problems ensuring interoperability at the application level. This means new integrations were required, and that sent opex skyrocketing.

I was heartened to see that Newman acknowledged that there is a difference between "cloud-ready" and "cloud-native." In the early days, many assumed that if a function was virtualized and could be managed using OpenStack, that the journey was over.

However, it soon became clear that disaggregating those functions into containerized microservices would be critical for CSPs to deploy functions rapidly and automate management and achieve the scalability, flexibility and, most importantly, agility that the cloud promised. Newman said as much, remarking that the jump from virtualized to cloud-native was too big a jump for hardware and software vendors to make.

The process of re-architecting VNFs to containerize them and make them cloud-native is non-trivial, and traditional VNF suppliers have not done so at the pace CSPs would like to see. I reference here my standard chicken and egg analogy: Suppliers will not go through the cost and effort to re-architect their software if there are no networks upon which to deploy them. Likewise, CSPs will not go through the cost and effort to deploy new cloud networks if there is no software ready to run on them. Of course, some newer entrants like Rakuten have been able to be cloud-native out of the gate, demonstrating that the promise can be realized, in the right circumstances.

Newman also discussed the integration challenges  which are not unique to telecom, of course, but loom even larger in their complex, multivendor environments. During my time as a cloud infrastructure analyst, in survey after survey, when asked what the most significant barrier to faster adoption of cloud-native architectures, CSPs consistently ranked integration as the most significant.

Newman spent a little time discussing the work of the Common NFVi Telco Taskforce (CNTT), which is charged with developing a handful of reference architectures that suppliers can then design to which will presumably help mitigate many of these integration challenges, not to mention VNF/CNF life cycle management (LCM) and ongoing operations.

Vodafone requires that all new software be cloud-native – calling it the "Cloud Native Golden Rule." This does not come as a surprise, as many CSPs have similar strategies. What did come as a bit of a surprise, was the notion that software-as-a-service (SaaS) is seen as a viable alternative for consuming telco functions. While the vendor with the SaaS offering may not itself be cloud-native (for example, it could still have hardware dependencies), from Vodafone's point of view, it ends up performing as such, given the lower operational and maintenance costs and flexibility of a SaaS consumption model.

The question of whether CSPs would consume network functions in this model was unresolved during my time as an analyst. Given that background, it was interesting to hear that a Tier 1 CSP suggested it could be a viable approach. (To be clear: Newman did not speak of SaaS specifically as a way to consume network functions, but more generically as a way to achieve the benefits of cloud native.)

She noted that the networks side of Vodafone is "far more immature" than the IT side of the house, which is already cloud ready, but is only truly cloud-native in some cases where they did a complete replacement of an existing system. Besides the issue as mentioned above of re-architecting VNFs, standards are also a concern. Because of the integration and interoperability requirements of the telecom market, which the hyperscalers generally do not need to adhere to, standards have always played a significant role in infrastructure development and management.

While open source approaches can deliver on some of the requirements, telcos still want  demand  standards. Newman made it clear that Vodafone is taking a standards-based approach to cloud-native transformation. The CNTT and the Telecom Infrastructure Project (TIP) recognize the need for both open source and standards and are developing solutions accordingly. This issue of standards was often overlooked when some wondered why the telcos weren't moving as quickly as their public cloud peers. I think it's a sign of progress that both sides  open source and standards  have (mostly? hopefully?) stopped trying to jockey for control and instead work collaboratively towards their shared goals. 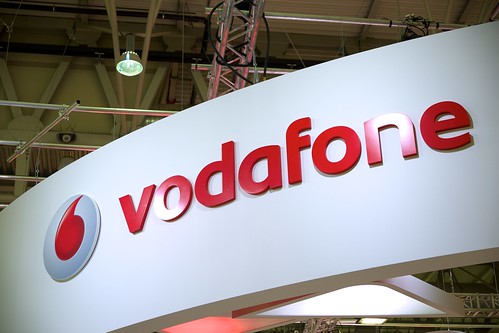 Vodafone appears to be taking a more deliberate and cautious approach to cloud-native transformation than some of its peers like AT&T and Verizon. Newman noted the partnerships those companies have with public cloud providers, characterizing them as "exploratory" and saying that Vodafone is watching with interest to see what they might want to copy.

I will be watching, too. I'm curious to see if evidence emerges that Vodafone is indeed considering consuming CNFs in a SaaS model. Clearly there is no single or correct approach to CSP network transformation. I hope to see more CSPs publicly discuss their transformation journeys so the entire industry can learn along with them.

Some offer predictions and prognostications. Our former cloud analyst steps in with her reactions and reminds us that moving critical telco systems to the public cloud for telcos is a considerable challenge.

NFV is still making headlines. Should it?

A recent announcement from SKT prompts a few questions about how committed telcos are to radical network transformations.

Five questions we need to answer about the edge

Latency is a big reason for application performance issues, but there are several varied factors that could make or break a telco business case for edge computing.

Are telcos and hyperscalers destined to be frenemies?