Viptela co-founders Amir and Atif Khan are making waves in the multicloud networking space with a new business venture backed by $30 million in funding. The Khan brothers are launching the new startup Alkira, which they claim delivers the first on-demand, multicloud network that can be deployed in under an hour.

"Alkira is pursuing the interesting goal of building an entirely virtualized distributed router," says Scott Raynovich, founder and principal analyst for Futuriom. "Given the rise in challenges of managing routing across multiple clouds, this is very exciting. The Khan brothers have a great track record as entrepreneurs and engineers, so Im sure they will build an impressive product."

Alkira is essentially delivering a virtualized, multicloud router, says Raynovich, which addresses the challenge behind networking across different clouds or "multicloud networking." The only other company addressing multicloud networking is Aviatrix, but Raynovich says the companies are "solving slightly different problems" and Aviatrix appears to be more focused on management and visibility of applications within clouds versus across clouds. Aviatrix recently received $40 million in Series C funding in October to reach a total of $76 million in investments. 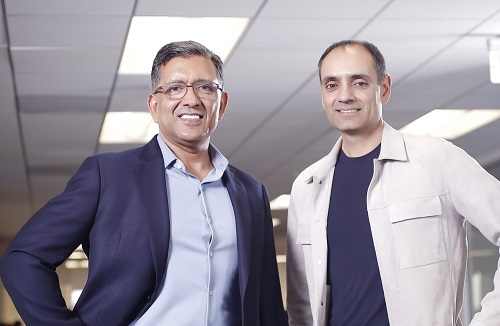 Amir Khan, CEO and founder of Alkira, says customers have expressed frustration with the tedious  and often lengthy  process of setting up even a single cloud, and attempts to tie clouds together "is a nightmare." In addition, Amir says enterprises face many challenges such as address management across multiple clouds, and challenges in connecting to clouds across multiple regions globally stemming from the issue of having to "cross multiple service provider and cloud provider boundaries," says Amir.

An additional challenge is that "the underlying constructs of how networking is done in the cloud was very difficult for customers to understand and then having the challenge of building a network on top of that," explains Amir. The complexity of this process grows exponentially as enterprises utilize applications in multiple clouds.

Alkira's flagship product is a virtual construct called Cloud Services Exchange (CSX), which the company says provides network engineers with the ability to quickly deploy and manage a point-and-click, as-a-service multicloud network without upfront CapEx or certified training. Also, the service currently connects on-premise networks to the Amazon Web Services (AWS), Google Cloud Platform (GCP) and Microsoft Azure clouds globally. Alkira is also integrated with a number of firewalls and security services  such as Palo Alto Networks  and will also connect to additional clouds in the future.

"Our solution is designed for the cloud, it's as a service, it's on demand, it scales up and down based on the customer's requirements, and we charge similarly to the cloud providers  it's pay as you go," says Amir.

Next page: The multicloud networking case for enterprises and service providers