Dell considering IPO, or buying all of VMware  reports

Cloud infrastructure leader Dell is considering an IPO, several years after the company went private. It may also buy the remaining parts of VMware that it does not already own, according to published reports.

The deal added significantly to Dell EMC 's balance sheet, with $51 billion, according to the Wall Street Journal, reporting on the news of the latest deal under consideration. Dell pays about $2 billion in annual interest on that debt, making it one of the most heavily indebted companies that will be hurt by the tax bill Congress passed at the end of last year, the Journal says. 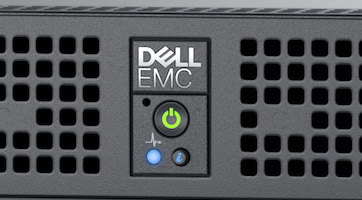 The EMC deal failed to deliver cost savings and performance Dell projected, and higher component costs and a tough data storage market have eroded Dell's margins, according to Reuters. Dell is "reviewing a list of several possible acquisition targets" and the "review is at its very early stages and no deal is certain," Reuters says.

Cisco Systems Inc. (Nasdaq: CSCO) and Dell EMC are the market leading infrastructure providers in both the public and private cloud markets, according to a report this month from Synergy Research Group Inc. (See Cloud Market Soared to $180B in Revenue in 2017  Study.)

Susan Fourtané 1/31/2018 | 9:07:41 AM
Re: The I's have it. Yes, interesting enough, things have turned around and now VMware is going to buy Dell, which owns at the moment 80 percent of VMware. And the point of VMware of buying its parent company is for Dell to avoid a second IPO. What some analysts are pondering is what is going to be Michael Dells function is a company that already has all the management in place. Keeping an eye close on this one. The next couple of week are going to be super exciting.
Reply | Post Message | MESSAGES LIST | START A BOARD

Michelle 1/30/2018 | 1:42:30 PM
Re: The I's have it. Yeah, they seem to get close but never really find a sweet spot. A future version of Dell will likely look very different from what we know now. -or- it could go the way of Sears
Reply | Post Message | MESSAGES LIST | START A BOARD

kq4ym 1/30/2018 | 9:54:37 AM
Re: The I's have it. Interesting how once again it's noted how it's pretty difficult to predict the future. While Dell has maneuvered over the years to grow revenue and profits, it's not quite yet found that "crystal ball" to dependably predict the company's fortunes.
Reply | Post Message | MESSAGES LIST | START A BOARD

Michelle 1/29/2018 | 8:24:24 PM
Re: The I's have it. I hadn't put it all together before... I didn't consider AWS competition. Competing with AWS is a lofty goal. Microsoft is holding on to that spot a lot better than I expected.
Reply | Post Message | MESSAGES LIST | START A BOARD

Joe Stanganelli 1/29/2018 | 2:18:00 PM
Re: The I's have it. I think that the company seems to have a healthy attitude towards going/being public versus being a private entity. It does not seem as if Dell is doing an about-face on the matter so much as it is simply leveraging public investment temporarily as Dell enters a growth phase.

In other words, if the company does go back to being public, expect it to go back to being private again after a time when the strategy pendulum comes swinging back and it (or, rather, HE -- Michael Dell) wants more flexibility.
Reply | Post Message | MESSAGES LIST | START A BOARD

Joe Stanganelli 1/28/2018 | 10:32:59 PM
Re: The I's have it. More seriously, growth demands capital, and Dell has some high ambitions indeed -- particularly if it's considering a VMware buyout.

The idea of purchasing VMware is an interesting one. At first, it seems a bit silly, but when combined with Dell's resources, a Dell+EMC+VMware entity could have what it needs to take on AWS properly.