With the announcement of turnover at the top, CHR Solutions -- a company that made a big splash a few years ago helping small telcos get into the cloud and managed services business -- has completed what amounts to a restart aimed at creating a steadier sales pace.

James Taylor, the co-founder and CEO who took CHR Solutions Inc. to this point, is stepping down to pursue his next new venture. His co-founding partner, Arun Pasrija, will move into the top spot from his previous position as COO and president. Taylor remains the largest CHR shareholder and a member of the board of directors.

CHR moved earlier in the year to bring in software development skills to get its ambitious Omnia 360 project back on its feet and into the market. That effort, a complete billing and customer care solution for smaller telcos, was introduced two years ago, but company sources said it had some significant problems that need ironing out. (See CHR Intros New Tech Team and CHR Teams With Microsoft.)

Gary Knee, now the head of CHR's software solutions business unit, was making the rounds at the March Comptel Plus event in Las Vegas. He told Light Reading and others that the software issues are now resolved, and that Omnia 360 is in trial mode with GRM Networks, a local telco and broadband provider in Iowa and Missouri.

Omnia 360 is now ready to help rural telcos tackle some of the significant challenges they face in trying to increase service revenue in response to voice service decline, Knee said. "It is able to transform the back office and the billing system, becoming the business system they need, with all aspects of 'lead-to-cash' covered. That includes a product catalogue, trouble ticketing, campaign management, and fulfillment."

As a company that has been in the trenches with rural telcos for some time, CHR is familiar with the realities of their existence. Where once local telcos were order takers in a monopoly environment, they now must compete on the sales and marketing front against cable companies, CLECs, wireless operators, and satellite providers. Many of them lack sales and marketing skills and may be working on older support systems that lack the up-to-date data needed for targeting potential customers.

One thing CHR is pledging to offer is a set of proprietary tools that help a telco analyze its data, creating a consistent way of describing services and customer information such as addresses, Knee said. Once the data is cleaned up and centrally stored, it can be accessed by customer service reps for targeting new customers based on their current usage patterns and what the network can deliver to them.

"If you know the customer has access to the copper plant or to fiber and can get a 50Mbit/s service, then the CSR [customer service rep] can offer that service," Knee said.

CHR is also offering a full range of backup support for rural telcos on a 24/7 outsourced basis or as needed to buttress what the telco wants to offer.

Under Taylor's direction, CHR had been bold in its promises. At one point, it even guaranteed savings of up to 25% to its telco customers. There isn't yet an indication of whether Pasrija will continue in that style, but the changing of the guard isn't expected to impact the company's momentum, given Taylor's ongoing board presence.

As for Taylor, he admits to Light Reading that his skills are better focused at the startup phase of a company, and that he is looking forward to his next venture. That could grow out of his involvement in the Houston Technology Center, the $1 billion technology incubator where Taylor and Pasrija met.

Carol Wilson 4/9/2014 | 11:18:13 AM
Re: Walking the Walk James Taylor's a very high-energy, dynamic guy with a lot of vision. As he himself says, he's better at starting companies than operating them so he sees this as a natural progression for CHR.

Had they not had the earlier software blips that set the company back considerably on its roadmap, I don't think this would seem like as big a deal as it seems now. 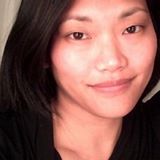 SarahW 4/9/2014 | 10:57:08 AM
Re: Walking the Walk I recall Taylor presenting at our previous Carrier Cloud forums. Will be interesting to see what happens with CHR with someone new at the helm.
Reply | Post Message | MESSAGES LIST | START A BOARD