Carbon Black will become part of a software stack with VMware NSX virtual networking, Workspace ONE endpoint management and Secure State security, the company said in a statement Wednesday announcing completion of the all-cash transaction.

"With the close of the acquisition, VMware is launching a new Security Business Unit within the company. Carbon Black CEO Patrick Morley will be serving as the general manager of this new group reporting to Sanjay Poonen, chief operating officer, Customer Operations, VMware. Carbon Black will form the nucleus of VMware's Security offering, focused on helping VMware customers with advanced cybersecurity protection, and in-depth behavioral insight to help stop sophisticated attacks and accelerate response," the company said.

When VMware announced the acquisition plan in August, CEO Pat Gelsinger said Carbon Black will buy VMware strength in preventive, rather than reactive security. He compared the security industry today to "bad attorneys. They chase around, find the accident, and get more security spend justified after the accident. What a terrible business model." 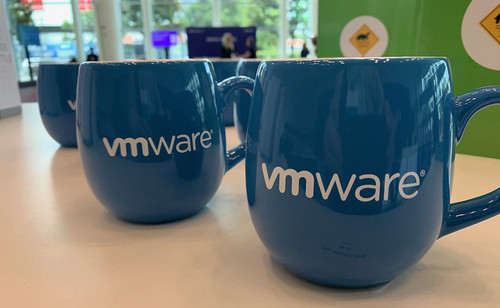 Join Light Reading in investigating the design of advanced 5G transport networks and the integration with edge cloud infrastructure and services. Register today for 5G Transport & the Edge in New York on October 10. Reserve your spot and learn from and network with industry experts; communications service providers get in free!

"A better business model is to prevent the accident from occurring. This, to us, is a very fundamental, disruptive change that's under way," Gelsinger said.

VMware is looking to not just build a business; it wants to change the industry, Gelsinger said.

At the same time as VMware announced the planned Carbon Black acquisition, it said it plans to buy Pivotal Software to enhance VMware's developer support for containerized Kubernetes applications, for $2.7 billion. At the time, VMware said both transactions would conclude in the second half of its fiscal 2020, which ends January 31.

The past 12 months have been busy for VMware's M&A team. For a rundown on the company's acquisitions since late 2018, see these articles: