Stateless has banked $11 million in Series A funding to help transform colocation centers from facilities that simply provide space and power into networking hubs, the company said Wednesday.

Colocation centers are logical places to provide interconnection, as cloud providers, carriers and enterprises all have servers and networking equipment physically located in the same building. But, with some exceptions, colos have not traditionally provided that service. "They've always been focused on space and power. Now they need to manage connectivity for customers," Murad Kablan, Stateless co-founder and CEO, tells Light Reading. 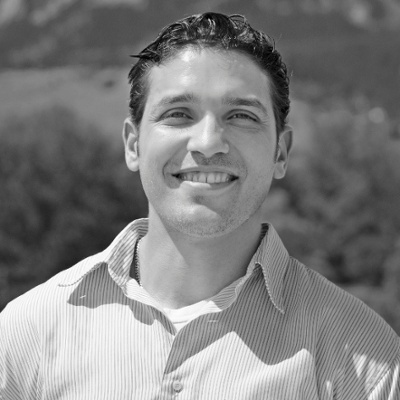 Stateless's Kablan
You're invited to attend Light Readings Big 5G Event!  Formerly the Big Communications Event and 5G North America, Big 5G is where telecom's brightest minds deliver the critical insight needed to piece together the 5G puzzle. We'll see you May 6-8 in Denver -- communications service providers get in free!

SDIX gives colos the ability to cross-connect firewalls, routers and switches for every tenant, provisioning secure on-demand connectivity no matter where the tenant wants to connect, Kablan says.

The technology is now being tested by a selected group of early adopters, with a full beta and product announcement coming later this year, says Rebecca Warren, Stateless's director of marketing and business development.

SDIX is currently focused on colos, but applicable to cable and telco as well, and Stateless will have more to say about that in the future, Warren says.

The $11.33 million funding round, led by Drive Capital with participation from existing investor SpeedInvest, follows a $1.47 million seed round at the end of 2017. The company, founded in 2016, is based on Boulder, Colo. [Editor's Note: OMG "colo" is the abbreviation for Colorado and it's also short for "colocation center" -- mind blown!] with fewer than 50 employees. Kablan is a recent computer science graduate, and his co-founder and CTO, Eric Keller, was his Ph.D. advisor at the University of Colorado, Boulder. Kablan has worked internships with AT&T and IBM.

Stateless also has talent from Uber, NetApp, Solidfire and other industries, Warren says.

Software automation to improve network agility has been a constant drumbeat for the past five years, and just this week we've seen new developments from several vendors. In addition to Stateless, Cato Networks raised $55 million for its vision of providing "cloud-native carrier" services to enterprises, including SD-WAN, firewall, intrusion prevention and service level guarantees. (See Cato Networks Raises $55M, Dances on NFV's Grave.)