You Either Love SDN, or You Really Don't

SDN is gaining popularity fast, but not everyone has fallen for the new networking nirvana.

Network Instruments surveyed 241 IT executives in Global 2000 companies worldwide. Of these, some 22% expect to deploy SDN by the end of 2014, and about a third by the end of next year. "The first time SDN really came into play was late 2009. In four short years, the technology went from being essentially no place to 22% of enterprises. That's an extreme rapidity of deployment," Reinboldt says.

The reason for deploying was also surprising. "Typically, new technologies are driven by cost reductions and ROI improvements," Reinboldt says. Those factors are important for SDN, but enterprises are also interested in the agility that SDN can bring. SDN enables cloud deployment and allows enterprises to host resources anywhere in the world. "SDN is serving as an enabler. It's the thing that will allow IT and business to move to the next plane," Reinboldt says.

On the other hand, much confusion still surrounds SDN. "People are still trying to figure it out," Reinboldt says. Some 37% of survey respondents said SDN is "undefined, like a road trip without a map." (See The Three Faces of SDN.) 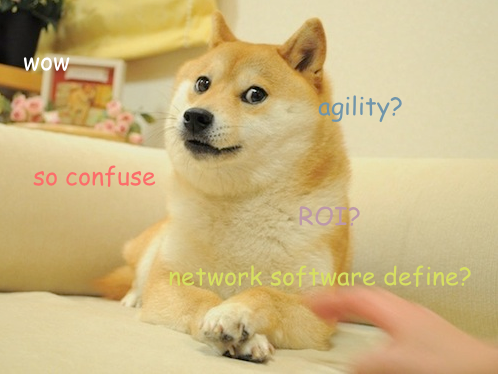 And most enterprises are skeptical of SDN. More than half of network engineers, 53%, say they'll "ride out the hype" before deploying SDN. And nearly half of management, 47%, say they have no plans to deploy SDN.

In other survey findings:

For more findings from Network Instruments study, check out this infographic: SDN: Turn On or Turn Off?