Critical groundwork on the interfaces between software-defined networking (SDN) controllers and the application layer has been undertaken by the Open Networking Foundation 's (ONF) recently-formed Northbound Interfaces Working Group, laying the path for a greater understanding of how SDN can be utilized in multiple data-networking scenarios.

ONF is working on multiple fronts to develop SDN architectures for enterprises and network operators and to promote the use of the OpenFlow protocol in next generation networks. It stated in an email update this week that the working group, announced only a few months ago, has already identified a number of use cases and "levels of abstraction." ONF plans to share these when it publishes its Northbound Interface "information models" later this year. Those models, it says, will be "accompanied by open-source working code for select use cases." (See HP Exec Goes Northbound for SDN.)

Many different Northbound APIs already exist. ONF is providing guidance on what those APIs are and on the instances in which they are most applicable. It is not, ONF's executive director Dan Pitt explained in a November article written for Light Reading, developing a standard Northbound API. It is however monitoring the potential use of certain specifications that could be of use to network operators, vendors, and developers. (See Compass Check: ONF & the Northbound API(s).)

Identifying and evaluating Northbound APIs is just one of a number of current major challenges for the SDN community. Others revolve around the issues of OSS and orchestration. (Expect the Service Provider Information Technology (SPIT) community to be very active in this area during 2014.) Another area of focus is security, where SDN developers are working towards self-defending systems, such as SE-Floodlight, that use analytics to identify potential threats and adjust data flows.

With 2014 set to be another major year for networking professionals considering SDN's potential, developments such as the Northbound Interface APIs and network security models are important, especially considering that they are progressing at a pace not often seen in the telco world. That's particularly important because, while SDN was borne of the datacenter sector initially, Pitt believes that telecom service providers will be the key drivers behind SDN and network functions virtualization (NFV) developments this year. (See AT&T Revamps Supplier Program for SDN/NFV and Top 5 NFV Movers & Shakers.)


We, that is a group of specialists from University of Dresden, Deutsche Telekom, Max Planck Institute for Meteorology and others are working on an SDN stack that will finally enable both vertical and horizontal integration. The basic idea is to forward application defined requirements to involved network segments and finally to the network elements. Andy Georgi (University of Dresden) presented our approach on Infocomp 2013. We are open for additional partners and we can provide details to any interested party.
Reply | Post Message | MESSAGES LIST | START A BOARD

A set of specifications or building blocks that would enable the development or updating of APIs to enable interoperability/portability looks like the best way forward.
Reply | Post Message | MESSAGES LIST | START A BOARD 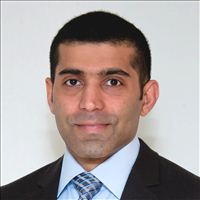 As has already been noted, there are are many SDN controllers available today (in various stages of readiness), but many are vertically integrated with a given vendors hardware and the APIs are only useful for that integrated solution. The the ONFs work in developing and publishing standard northbound APIs that can be leveraged by vendors who are building truly open multi-vendor SDN solutions will help move the industry forward. Standardized and/or easily adaptable APIs will help ensure interoperability, make controller portability more feasible. It is probable that higher-order APIs will be developed using the building blocks specified by the ONF. It will be interesting to see how the work the ONF is doing around APIs can be leveraged for SDN in the WAN, specifically for service orchestration.

Carol Wilson 1/9/2014 | 2:44:21 PM
Re: Hot topic If it's vendor noise - everyone has their own controller and it controls mostly their stuff - I'm hoping it can be fairly quickly pushed aside.

But there will be real issues to address in this process, to be sure.
Reply | Post Message | MESSAGES LIST | START A BOARD

sam masud 1/9/2014 | 2:42:17 PM
Re: Hot topic Maybe, just maybe, ONF could be opening up Pandora's box considering how many controllers of various flavors are out there, with perhaps more to come. Roy Chua of SDNCentral has very succinct article on the various controllers at:

Get the feeling we're going to hear a lot of noise on this one.
Reply | Post Message | MESSAGES LIST | START A BOARD