Major carrier-hosted labs are conducting a global transport SDN demo aimed at demonstrating OpenFlow extensions for optical transport, under the auspices of the Optical Internetworking Forum and the Open Network Foundation, which formally announced the long-planned demo Monday.

The two groups, which have many common members, will begin testing in late August and, by October, will announce test participation and some results from the prototype demos. The goal of the joint project is to combine the Open Networking Foundation 's SDN and OpenFlow expertise with the Optical Internetworking Forum (OIF) 's optical transport knowledge and experience to show how SDN can work at the optical transport layers -- essentially Layer 0 and Layer 1 of the networking stack. (See OIF, ONF Team Up on SDN Demo.)

The belief is that SDN can make optical networks more easily programmed to be responsive to on-demand needs for bandwidth and to expose more information about the network into applications to enable more responsive services.

"The key challenge will be to develop more understanding of what kind of extensions are necessary for OpenFlow in the optical layers," says Lyndon Ong, chair of the optical transport working group in ONF and of the Market Education and Awareness Group for Networking in the OIF.

While there have been experiments with implementations from different parties, he adds, there needs to be an effort to look strictly from the protocol view at what still needs refinement or isn't yet clear in the protocol specification about how to make OpenFlow work in that realm.

"From a higher-level view, we are trying to look at the whole picture of SDN -- the whole model of application control and infrastructure separation and how the boundaries work between them," Ong says. "In the demo we are looking a bit at the northbound interface between application and controller as well, trying to develop a broad view of how SDN would work in a transport network."

The joint project shows the high degree of interest both the carrier and vendor members of the two groups have in solving the practical issues around transport SDN and speeding up the process. OIF and ONF separately have multiple efforts focused on this area.

Ong warns, however, that this is an early step in a long journey.

"It will show implementations of SDN working on real optical switching equipment, in the carrier labs with real activity," he says. "At the same time, there is a fairly long process before things go from the lab to actual deployment in network." 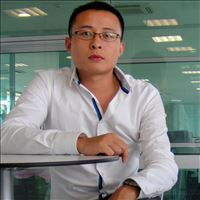 Rayfish 7/2/2014 | 3:59:49 AM
Re: Cooperation pays off Venders already did, last month Huawei announced that they delivery the first SDN optical network for one of china opeator in south-east part of china, it seems the first commercial launch.
Reply | Post Message | MESSAGES LIST | START A BOARD

sterlingperrin 6/30/2014 | 2:48:25 PM
Re: Cooperation pays off Carol, exactly, these are the types of proof points that will be needed.
Reply | Post Message | MESSAGES LIST | START A BOARD

sterlingperrin 6/30/2014 | 2:39:51 PM
Re: Cooperation pays off I agree, the OIF and the ONF are a good combination to tackle transport SDN. As we discussed at BTE, one of the big challanges for transport is the analog and proprietary nature of optical transmission - which is something that is not going to change, possibly ever. There seems to be momentum for an intermediary controller that would translate between OpenFlow and the proprietary gear beneath it.

Beyond that though, there also is alot of momentum behind a host of IETF protocols that seem to be eating away at the role of OpenFlow in transport. I think the ONF and OIF have work to do to prove that OpenFlow with extensions is the best solution.

Carol Wilson 6/30/2014 | 1:53:58 PM
Re: Cooperation pays off I think it does, Dan. There are definite issues that have to be addressed, but this is a significant step in the direction of addressing them.
Reply | Post Message | MESSAGES LIST | START A BOARD

DOShea 6/30/2014 | 1:52:56 PM
Re: Cooperation pays off Does this signal more openness to OpenFlow among carriers and their vendors? For a while, many of them have been skeptical, and I got the impression during a couple panels at BTE that might still be the case.
Reply | Post Message | MESSAGES LIST | START A BOARD