It's going to be a long, hot summer for SD-WAN vendors, as competition boils up and Cisco, VMware and others stir the pot. But Silver Peak just got 90 million ways to keep cool.

The networking vendor, which bills itself as a "broadband and hybrid WAN" provider, received a $90 million investment from investor TCV, which has previously backed a few companies you may have heard of, such as Airbnb, Netflix, Splunk, Spotify and Zillow.

Silver Peak focuses on helping enterprises adapt their WANs to the cloud-first environment, providing end-to-end quality of service regardless of underlying transport, David Hughes, Silver Peak founder and CEO, tells Light Reading. Enterprises can move entirely to the Internet for connectivity and don't need to use MPLS, though they can continue using MPLS if they choose to.

Additionally, network operators can control routing on an application basis. Data can travel direct to the Internet from a branch -- which is usually the best route for traffic to and from business applications such as Microsoft Office 365 and Salesforce -- or through a firewall service like Zscaler, or through a full security stack in the enterprise data center, Hughes says.

Silver Peak implements intent-based networking, allowing operators to focus on desired behavior of the network as a whole, without having to program individual devices by CLI. 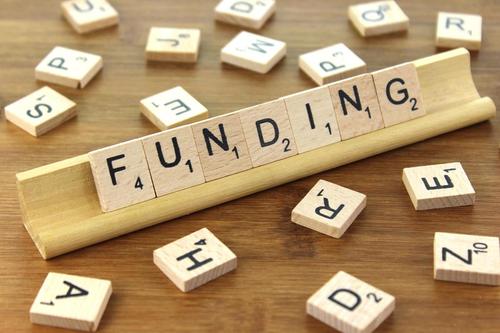 Photo by Nick Youngson CC BY-SA 3.0 Alpha Stock Images
Now entering its fifth year, the 2020 Vision Executive Summit is an exclusive meeting of global CSP executives focused on navigating the disruptive forces at work in telecom today. Join us in Lisbon on December 4-6 to meet with fellow experts as we define the future of next-gen communications and how to make it profitable.

Enterprises are spending more than $100 billion on WAN connectivity, connecting their workforce and sometimes customers in remote locations with applications, Hughes says. In the past, those applications were predominantly in the data center; they're now moving to the cloud.

Silver Peak's solution provides an alternative to a classic router, which is overprovisioned for the job of SD-WAN connectivity and simultaneously doesn't provide many of the tasks required for SD-WAN, such as provisioning on an application basis, automating network operations, and spanning multiple WAN protocols. Instead, Silver Peak provides a purpose-built SD-WAN device.

That device "doesn't do everything that a router does. A router over the last three decades has accumulated a bunch of features," Hughes says. "But most of them are not relevant in this new environment. And things that you need are missing."

Additionally, Silver Peak has years of experience which its competitors may lack, in building a feature-rich product and providing support. "Anybody coming to the market with a new SD-WAN product now will face a tough road," Hughes said.

Silver Peak has 300 employees and is based in Santa Clara, Calif. Most of its sales are in North America, but most customers are multinationals, who deploy SD-WAN services worldwide.

That simplicity will prove important to Silver Peak's ongoing appeal. "Early SD-WAN adopters were sophisticated shops that didn't mind homegrown integration, but now we're looking at the mainstream of this market that is looking for a consumable service approach," Casemore says.

However, Silver Peak has strong potential to continue to lead, having gotten over the "first few hurdles," Casemore says.

He adds, "Now, they have to continue to be able to able to meet the demands of the marketplace and also grow scalability as a company. You need resources to do that."

And that's where $90 million funding comes in.