Network functions virtualization (NFV) is a failure, but the carrier of the future needs to deliver the agility that NFV promised -- and that's where Cato Networks comes in, according to the vendor's outspoken CEO, Shlomo Kramer.

The Israel-based company, which bills itself as a "cloud-native carrier," announced a $55 million funding round Tuesday, led by Lightspeed Ventures, with all existing investors participating. The round brings total funding to $125 million.

Cato Networks provides services including SD-WAN, firewall, intrusion prevention and service level guarantees, Kramer tells Light Reading. Cato's vision is to go beyond the rigidity of MPLS for the flexible needs of the cloud, where users travel around the world and applications and data are located in the cloud. "If I'm sitting in my hotel room in Tokyo on my mobile device doing business with Salesforce or AWS, MPLS isn't involved," Kramer says.

Cato competes with conventional telcos by offering secure networking services that can be spun up and down through an open console, like cloud resources. "Just like you manage compute and storage, you manage network security," Kramer says.

And that approach seems to be paying off: Bookings in 2018 grew by 352%, and channel growth growing five-fold, according to Cato, a finalist in Light Reading's 2018 Leading Lights awards program, though no actual numbers were provided that would lend much greater credibility to those impressive statistics. (See Leading Lights 2016 Finalists: Most Innovative SDN Deployment Strategy (Network/Data Center Operator).) 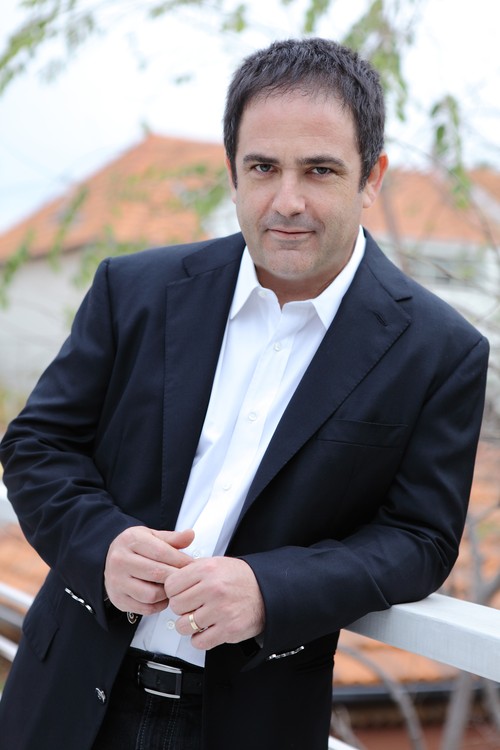 Cato's Kramer: The man who murdered NFV.
You're invited to attend Light Readings Big 5G Event!  Formerly the Big Communications Event and 5G North America, Big 5G is where telecom's brightest minds deliver the critical insight needed to piece together the 5G puzzle. We'll see you May 6-8 in Denver -- communications service providers get in free!

Like any company trying to build its reputation and attract more new business, Cato makes some bold claims: It says it can provide 5-10x improvements in cost for performance over incumbent telcos, and get services up and running in minutes rather than months. "If I need a new office, I don't need to wait four months for a MPLS line. I can spin it up in a few minutes," Kramer boasts.

NFV was supposed to deliver that kind of agility -- but NFV has failed, Kramer says. Standards are fragmented and telcos have to resort to single-vendor solutions. (See NFV 1.0 Is Passé; Cloud Native Is Coming.)

Carriers, of course, aren't becoming extinct because NFV has proven to be something of a nightmare to get from white paper to production network: To provide its service, Cato leases IP transit from global Tier 1 carriers such as GTT and NTT.

Kramer's obituary for NFV is, of course, self-serving and somewhat controversial, as network operators have not abandoned their telco cloud plans (though have lost sleep, hair and not inconsiderable sums of money trying to figure out how best to embrace virtualization). Cable providers are still going strong on NFV and its sister telco cloud development software-defined networking (SDN), with initiatives from providers including Comcast and Cox, while some operators have found their groove. (See DoCoMo Capex Down 10% Thanks to NFV, Says Exec.)

And NFV was looking bruised but stubborn at Light Reading's annual NFV & Carrier SDN event in Denver in August. (We've got another one coming up in September -- come see for yourself whether NFV seems to be sporting a morbid pallor.) (See Why Cable Is Getting Real About NFV & SDN .

Other carriers were skeptical last year -- but hopeful. (See SDN Is Hype & NFV a Faux Pas  Telecom Panel and NFV Is Down but Not Out.)

And while NFV, as initially proposed by the NFV working group in 2012, may have morphed considerably, incumbent carriers are still pursuing the vision of networks that spin up in minutes, as easily as virtual compute instances on Amazon Web Services or Microsoft Azure -- it is, after all, a critical piece in the broader 5G puzzle. (See Piecing Together the 5G Big Picture.)

Masergy, for example, is looking to software networking to help drive the company to $1 billion sales. (See Masergy CEO: How We'll Get to $1BN .)

Meanwhile, carriers are looking to 5G to deliver the kind of flexibility once promised by SDN and NFV -- though 5G, too, faces obstacles. (See AT&T's New Nationwide, Mobile 5G Timeline and 5G Stuck in Slow Lane Beyond Consumer Biz.)