Aryaka, which provides SD-WAN and a global network to run it on, scored a $50 million Series F funding round, bringing total funding to $184 million, the company said Wednesday.

Aryaka, which was a winner in the 2018 Light Reading Leading Lights award for Company of the Year (Private), says the funding will be used to scale business operations, grow revenues and hire talent for global expansion, adding headcount in sales, marketing and engineering.

Aryaka sees the enterprise transition to multicloud as an important growth opportunity, and has partnerships with the most popular cloud providers, including Amazon Web Services, Microsoft Azure, Google and Oracle. Additionally, Aryaka provides security through partnerships with vendors Palo Alto Networks, Symantec and Zscaler. 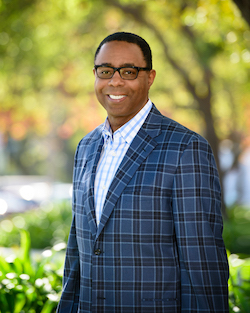 Aryaka has both a global network, which it leases, as well as its own SD-WAN technology, with almost 35 points of presence worldwide. That gives it the control necessary to provide a high quality of service and security, Aryaka CEO Matt Carter tells Light Reading. Enterprise customers have one service provider to deal with for a global footprint, as opposed to a series of regional service providers.

The combination of SD-WAN technology and underlying network makes Aryaka unusual -- but not unique. Cato Networks, of Israel, provides services including SD-WAN, firewall, intrusion prevention and service level guarantees on its own network; Cato raised $55 million in funding in January.

"We're fast. We can easily deploy services around the globe," Carter says.

Brand awareness is a chief obstacle to growth; enterprises haven't heard of Aryaka and therefore network operators see deploying Aryaka as risky. Aryaka has benefited, though, when IT managers at enterprises using its technology have moved into roles elsewhere and brought Aryaka along with them, Carter says.

Carter joined Aryaka as CEO in September. Prior to that, under its previous leadership, the company said in January 2018 it was gearing up for an IPO. Now, Carter won't say anything definitive about those plans. "We're keeping all our options open around what's the best way to maximize value for our stakeholders," he says.