Network functions virtualization (NFV) burst onto the telecom scene in the fall of 2012, as an operator-led initiative to move away from deploying a plethora of function- and vendor-specific gear in favor of virtualizing network functions onto industry-standard hardware.

In the 15 months since the European Telecommunications Standards Institute (ETSI) NFV Industry Specifications Group (ISG) began its work, this technology trend has taken off at a pace previously unseen in telecom. Now most often viewed as a complementary virtualization trend to software-defined networking (SDN), NFV remains a telecom phenomenon and one still dominated by the NFV ISG and its service provider originators.

That's not to say many hardware and software vendors haven't grabbed hold of the NFV football and attempted to run, throw or kick it over their own personal goal line -- in fact, many have rushed to show how they have already virtualized individual functions such as firewalls, deep-packet inspection and policy gear, session border controllers and IMS equipment and platforms.

During the course of 2013, however, the NFV conversation shifted from how to virtualize functions to whether virtualization wasn't just one step in a process that had to also include moving many functions into the cloud environment and developing new network management and orchestration capabilities to be able to effectively deliver services on a network composed of virtualized functions.

Our list of movers and shakers in the NFV space gives a nod to the range of activity in 2013, including two of the leaders of the initial effort, one outspoken proponent of keeping NFV moving forward, one individual who sounded the early alarm on network management and orchestration and the lone representative of the vendor community, a CTO whose software company actually delivered on a virtualization platform this year.

It's highly likely that next year's list could be substantially different, as we expect activity in the NFV space to heat up further with the launch of the NFV ISG's proofs of concept, along with initiatives on other fronts including the TM Forum 's efforts, which look set to climax at Management World in June, and the work of various vendor consortia that are emerging in growing numbers. 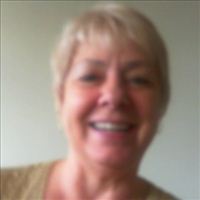 bbhayes 1/9/2014 | 1:34:10 PM
Re: NFV Momentum in carrier hands Good job at picking a Top 5 Carol. Not an easy task, and clearly you've captured a lot of attention. I too see Diego as one of the Movers and Shakers along with the other leaders of the NFV ISG, who seem to be working very cohesively.  In terms of the carriers going it alone, this to me would defeat the purpose of NFV: to drive to the most commoditized platforms possible thereby moving to the lowest possible cost of physical elements and then using software to regain flexibility. By going it alone, they become vulnerable to Divide and Conquer from vendors who conceivably are not rushing towards that commoditization at full speed.
Reply | Post Message | MESSAGES LIST | START A BOARD

spardikar980 1/9/2014 | 11:46:35 AM
Re: Key Name not included My sense is that the NFV group leadership is a cohesive bunch with Diego, Prodeep, Don working together to pull this through.
Reply | Post Message | MESSAGES LIST | START A BOARD

Carol Wilson 1/9/2014 | 8:47:48 AM
Re: Key Name not included Diego is definitely a significant influencer and could easily have been on our list, as is Don. Thanks for taking the time to mention them in comments.
Reply | Post Message | MESSAGES LIST | START A BOARD

Gabriel Brown 1/9/2014 | 3:59:28 AM
Re: Other Key Players Missing? Good call. Orange/FT is among the leaders in terms of a desire to virtualize CPE.
Reply | Post Message | MESSAGES LIST | START A BOARD

vishal87 1/8/2014 | 6:51:12 PM
Other Key Players Missing? What about Christos Kolias of Orange/France Telecom? Some of the original initiatives came from them ...
Reply | Post Message | MESSAGES LIST | START A BOARD

spardikar980 1/8/2014 | 6:27:23 PM
Key Name not included I would included Diego from Telefonica as probably a very key player. In the meetings that I have attended he is the one seen driving the agenda.
Reply | Post Message | MESSAGES LIST | START A BOARD