Telefónica's Unica project has acquired near-legendary status in the telecom industry as an ambitious attempt to "virtualize" the network amid long-running concern about technology readiness and benefits. But with much of the overhaul now done in the Spanish operator's main data centers and core network, Telefónica is turning its attention to a few of the problem areas and planning its next steps.

First announced to the wider world in 2014, Unica is just crossing the halfway mark, says Juan Carlos Garcia, Telefónica's director of technology and architecture. Virtualization technologies have been introduced into 25 data centers globally and Garcia expects to hit a final target of 50 by the end of the year. Ecuador is currently the only country in Telefónica's footprint where Unica is still absent.

Backing From the Boss 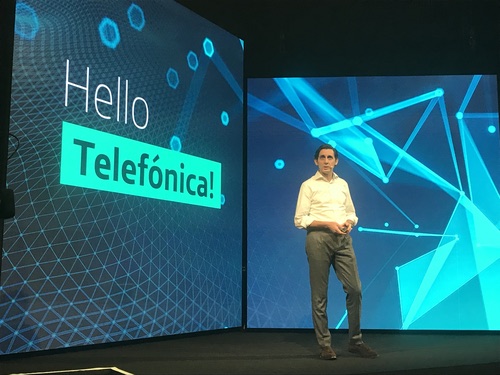 When it comes to its core network functions, Telefónica has made good progress on virtualizing the IMS (Internet Protocol multimedia subsystem) and EPC (evolved packet core). Around ten functions in total have now been "certified," according to Garcia, and the plan is to certify 54 by the end of this year. But Telefónica is not simply ditching its physical functions as it virtualizes the network. Instead, it is using virtual functions to cope with additional capacity demands. The physical functions will eventually be phased out when they come up for renewal.

One of the biggest challenges this year and next lies on the management and network orchestration (MANO) front. Telefónica has emerged as the main telco sponsor of Open Source MANO (OSM), a platform backed by the European Telecommunications Standards Institute (ETSI) as an industry-standard solution to the MANO problem. Yet OSM is still not "production ready," as far as Telefónica is concerned, and so it has never been a part of Unica.

The OSM hurdle
That should change with the forthcoming sixth release of the OSM platform, says Garcia. For the first time, this will allow an operator to combine the orchestration of physical, virtual and hybrid network functions, he tells Light Reading. "This release is finally ready to take into production," he says.

At the time of publication, Telefónica was in the middle of an RFQ (request for quotation) process for OSM. "There are plenty of companies willing to work as distributor and integrator of the solution, and we expect to select a partner this year and next year start deploying OSM-based orchestration."

Garcia's update points to delays and difficulties with earlier versions of OSM, though. Telefónica was on the lookout for an OSM integrator this time last year and had then talked about holding an RFQ for the fifth release in the second half of 2018. Before that, it had been trying to figure out how to integrate OSM with OpenStack, the open source cloud platform that underpins Unica.

Interoperability with other MANO technologies remains a concern, too. Backed by the Linux Foundation, ONAP is seen as the main platform rival to OSM and has drawn support from many of the world's Tier 1 telcos in the last couple of years, despite complaints from some operators about its software complexity. On top of that are what Garcia calls a "plethora of proprietary deployments" that are working well for service orchestration.

All of that explains a new push from Telefónica on compatibility. The goal, he says, is to ensure that an operator can replace an orchestrator based on one platform with a rival system. "For this you need to work on the standardization of industry models," he says. "We are working on this with ONAP and the GSM Association and pushing the industry toward testing." 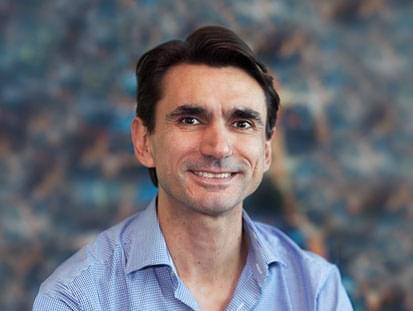 Juan Carlos Garcia, Telefónica's director of technology and architecture, is moving Unica into new parts of the network.

While ONAP and the GSMA have responded positively to these efforts, Telefónica has yet to identify a partner for a proof of concept that would demonstrate how an ONAP orchestrator can work on top of a domain orchestrated by OSM, and vice versa. "There is still some uncertainty in some places, but this interoperability is finally going to make service orchestration explode," he says.

Any such development would clearly be welcomed by the broader service provider community: The risk of industry fragmentation into ONAP and OSM camps has been one of the big MANO worries of the last few years. But market observers may be skeptical the industry is any closer to finding a solution until Telefónica has more to show for its efforts.

Where Unica goes next
The lack of interoperability in the field of SDN (software-defined networks) also bothers Garcia. The SDN controllers used in operator networks need to act on various transport technologies, including IP (Internet Protocol), microwave and optical systems. Thanks to the work of organizations such as the Internet Engineering Task Force and Open Networking Foundation, about 70% to 80% of the requisite interfaces have now been defined, says Garcia. But that still leaves a gap that can make using an end-to-end controller problematic.

Telefónica has taken the pragmatic approach of requiring vendors to provide domain-specific controllers with a "northbound" interface that plugs into the end-to-end controller. "We can hide the complexity of different technologies underneath by asking suppliers to provide this layer of SDN controller," says Garcia. "It is going well and the reaction from the industry is positive." But it does not sound like an ideal or long-term solution. Dividing domains this way is described as a "first step" by Garcia. "Will still need to work a lot," he says.

The other big task for Telefónica is to incorporate technologies that were not available when Unica first began. The initial virtualization products were too clunky and "monolithic," according to some telco executives. More recently, operators have been encouraged by the development of "cloud-native" tools that break network functions down into smaller components for greater flexibility. "The first implementation in Unica is not 100% cloud-native," admits Garcia. "The big manufacturers have not been cloud-native from the start, but they are evolving. And pure software providers like Mavenir are coming with cloud-native solutions."

The next phase of 5G standardization should certainly provide a spur to the rollout of cloud-native technologies. What will be important for Telefónica is ensuring it has the freedom to take advantage of those technologies as and when they appear. "We always look for diversity," says Garcia. "Ericsson is our integrator but we have a multi-vendor approach for each component of the architecture. We are trying to protect the Unica architecture so that we can always change a component."

This will be critical as Unica creeps into other parts of the Telefónica network. With the virtualization of its data centers nearly finished, the operator is shifting focus to the central office. One of the goals there, says Garcia, is to make sure Telefónica can support new types of service in future. By moving IT resources out of the main data centers and into virtualized central offices, Telefónica hopes to cut latency, a network signaling delay that would currently rule out the launch of virtual reality and other new applications.

But in redesigning the central office, Telefónica cannot simply replicate Unica in the data center. "There are different form factors and configuration, processor distribution, input and output capability," says Garcia. "When you move to the central office, you move from talking about tens of data centers to hundreds or thousands." With a design phase due for completion this year, he expects the rollout of the first Unica-based central offices to begin in 2020. The virtualization initiative that started nearly six years ago still has a long way to go.