What ails NFV? Incompatibility between vendors, a lack of standardized approaches and insufficient expertise usually top the list of telco complaints about virtualization rollout. Senior management indifference is less frequently cited as a problem. But CEO engagement with NFV makes a big difference, as France's Orange has shown.

The CEO enthusiast in question is not Stéphane Richard, Orange's group CEO (although he too has talked up virtualization in the past), but Laurent Paillassot, who, as CEO of Orange Spain, leads the French operator's second-largest and fastest-growing business.

Besides turning Orange Spain into a standout commercial performer, Paillassot has also given it a headstart over other parts of Orange (NYSE: FTE) in NFV, according to Yves Bellego, Orange's director of spectrum strategy and planning.

"He was one of the CEOs willing to work on that. He was quite pushy," said Bellego during a conversation with Light Reading at last week's Mobile World Congress. "What we are working on in Spain is something we want to replicate in other countries." 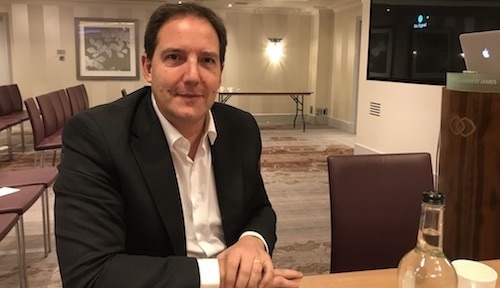 Laurent Paillassot, Orange Spain's CEO, will from May this year also occupy the role of deputy CEO for the Orange group.

It is perhaps not insignificant that Paillassot was this week named Orange's deputy CEO in a management shake-up that affected numerous senior executives. In that role, he will from May this year become a member of Orange's 15-person executive committee as the operator embarks on what Bellego calls "full virtualization" for the first time ever.

While Paillassot's eagerness to pioneer NFV in Spain is unlikely to explain his promotion, his apparent enthusiasm could spur group-wide NFV rollout as he takes a seat on the executive committee. "We are trying to leapfrog on virtualization and go to more software- and platform-based services," Paillassot told reporters at a press briefing in London in January. "Virtualization is an opportunity to generate new business models, especially on the corporate side."

His executive committee move could also be a concern for some of the big-name vendors that have traditionally supplied Orange. During a conversation with Light Reading, Paillassot was as critical of those companies as C-level executives get, and a keen advocate of using alternative suppliers where possible. (See Orange Spain CEO Puts 5G Squeeze on Ericsson, Nokia.)

"They are software-native and very recent and there is an opportunity to integrate this ecosystem that would allow virtualization," he said. "This is breaking the model of Ericsson and Huawei, which still want to have specialized boxes. We don't want to become prisoners of them and they need to reinvent."

So where, exactly, do things stand when it comes to virtualization at Orange?

Many of the latest details emerged at the SDN NFV World Congress in The Hague last October. Emmanuel Bidet, Orange's vice president of convergent networks, told a conference session that Orange had then finished defining a "target architecture" for NFV deployment and taken a firm decision on the suppliers and technologies it would use. A rollout would start in Spain in the subsequent months, he said, before Orange turned its attention to other countries. (See Orange Moves to 'Industrial' NFV Phase, Will Start in Spain.)

The vendors that Orange has selected include Red Hat Inc. (NYSE: RHT), which is contributing OpenStack expertise, and Juniper Networks Inc. (NYSE: JNPR), whose Contrail technology forms the SDN controller. Both Hewlett Packard Enterprise and Dell Networking are providing hardware, Orange has indicated.

"The point is this is the first time we've done full virtualization where we fully separate infrastructure, orchestration and virtual machines," says Bellego. "What we did until now was more or less from one single integrator."

This meant, for instance, that Orange faced constraints when rolling out a virtual IMS (Internet Protocol multimedia subsystem) with Nokia Corp. (NYSE: NOK). "We realized we could add some Nokia functions on top of that but were still in the closed environment managed by Nokia," he says.

With this "full virtualization," Orange aims to introduce functions from different suppliers, says Bellego. It is already working on such a multivendor deployment in the mobile packet core, where virtualization could lead to service improvements in demand hotspots.

But it will not be easy, concedes Bellego. Any industry observer would hope that interoperability has improved since February 2015, when Orange first drew attention to its IMS deal with Nokia. Yet it clearly remains a hurdle in the telco industry. Germany's Deutsche Telekom AG (NYSE: DT), for example, was chiding suppliers at MWC for developing technologies that work on their own infrastructure, and not necessarily with gear from other vendors. (See DT Demands Automation, Cloud Tech From Pan-Net Suppliers.)

As far as Bellego is concerned, Orange's overriding concern is a commercial one about who to call if something goes wrong. "Resilience is always a big concern and when it came to real deployments we had questions about who is responsible for what," he says. "This is the kind of question we can only really address with a concrete project."

Having a management figure like Paillassot will certainly not hurt when it comes to answering those questions. The topic of virtualization rarely comes up in conversations with CEOs and deputy CEOs, even if it is firmly on the CTO agenda. With Paillassot, Orange has a manager who talks about NFV without prompting. Such engagement has already put Orange Spain in the vanguard of the NFV rollout. It could now give a boost to the rest of the Orange business.