Vidgo doesn't always get mentioned in the same breath as YouTube TV, Hulu and Sling TV when it comes to the players comprising the crowded virtual multichannel video programming distributor (vMVPD) market. However, the upstart streaming service appears to be finding its footing in the prepaid segment of the pay-TV streaming sector.

Vidgo has seen its sub base grow five times since December following an influx of new funding tagged for customer acquisition marketing and a decision to eliminate free trials, according to Vidgo president and co-founder Shane Cannon. 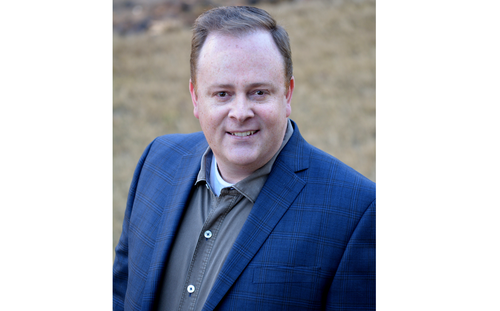 Vidgo's president and co-founder expects a 'robust' summer that could push the service's sub base past the 100,000 mark.

Vidgo isn't releasing an exact subscriber figure, but Cannon said it's higher than the attendance figures from Sunday's Super Bowl LV matchup at Raymond James Stadium in Tampa, Florida. So, that puts Vidgo at more than 25,000 subs.

With prepaid being Vidgo's main area of focus, much of the company's attention is at retail, fueled by partnerships with stores that specialize in marketing and selling prepaid wireless products. Vidgo, which accepts both credit card and cash payments, expects subscriber numbers to rise in the months ahead as restrictions on retail  tightened during the earlier phases of the pandemic  continue to loosen.

"We think we'll have a robust spring and summer," Cannon says. He predicts that Vidgo will eclipse the 100,000 subscriber mark by this summer.

"We're focused on being in a different sandbox than anybody else," adds Cannon, who views Vidgo's cash payment capability, which has becoming increasingly popular among its base in recent months, as a differentiator in the vMVPD market. "We think our distribution is unique in the marketplace. We're focused on a customer that everyone's ignoring."

Comcast does offer a prepaid version of its pay-TV streaming product within its cable service footprint (starting at $22 for 30 days, on up to $37 for 30 days, depending on the package), though customers must also take Comcast's prepaid Internet product to qualify for it.

Cannon also credits the recent sub surge to a new wave of funding that pushed Vidgo's total raise past $10 million. Vidgo used the company capital to pay down some debut and to accelerate growth through a more aggressive customer acquisition marketing campaign.

And dropping free trials in December "made a big difference for us," says Cannon, who believes that Vidgo has an addressable market of about 60 million households.

Vidgo has leaned on a two-month, $10 per month pricing promotion after eliminating a free trial option in December 2020.

Vidgo replaced the free trial with a low-cost promotion: $10 per month for two months. Vidgo's baseline English language service regularly sells for $55 per month for a lineup of 85-plus channels.

Vidgo will know more in the coming weeks as customers begin to roll off of the two-month pricing promo. However, Cannon says the decision to drop free trials has already resulted in a "material change" to paid conversion rates and allowed Vidgo to steer clear of consumers who might spend weeks surfing from one free trial to another.

The company is also using its new influx of funds to enhance the service. Cannon says he's working to add new VoD features to Vidgo that would broaden the service's current 24-hour Playback and Lookback time-shifting capabilities. He's also in talks to license technologies that will enable Vidgo to add a cloud DVR service.

On the programming side, Vidgo, which views itself as a sports-focused streaming service, is also looking to expand its access to local Fox and ABC stations (Vidgo currently does not carry local feeds from CBS or NBC). Cannon is also taking a look at some other ways to get consumers in the front door, including a free, ad-supported VoD offering that could be placed in front of Vidgo's paywall.

Cannon says he's likewise exploring a raise of an additional $10 million to $20 million in growth capital within the next 12 months.