ViacomCBS has tapped Pluto TV CEO Tom Ryan as president and CEO of a new global streaming organization as the media giant reshuffles its exec deck amid the coming launch of Paramount+, the supersized successor of CBS All Access.

ViacomCBS said the new leadership team will head up its global ecosystem of both ad-supported free and paid streaming services and fit into a plan to apply the media company's content vault and franchises across its array of direct-to-consumer OTT video services. These include Pluto TV (a free, ad-based OTT service), Showtime and Paramount+, a service that's slated to debut in early 2021. 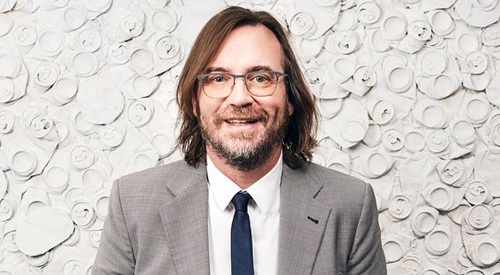 Linked to the organizational shakeup, Marc DeBevoise, ViacomCBS's chief digital officer and president and CEO of ViacomCBS Digital, is stepping down and will serve "in an advisory capacity" for the rest of 2020. ViacomCBS also announced that Pierluigi Gazzolo, as previously planned, will step down from his position as president, streaming and studios at ViacomCBS Networks International (VCNI), "to pursue other interests."

Additionally, Kelly Day, COO of ViacomCBS Networks International (VCNI), will take on an expanded role as president of Streaming, VCNI, and oversee all ex-US digital and streaming platforms in addition to her COO responsibilities. Day will also work closely with Ryan and David Lynn, president and CEO of VCNI, on ViacomCBS's international streaming expansion, which includes plans to bring Paramount+ to Australia, Latin America and the Nordics in 2021, as well as the ongoing global rollout of Pluto TV.

ViacomCBS's move to build a global streaming organization comes soon after The Walt Disney Company reorganized to put streaming at the forefront of its media and entertainment strategy on the strength of Disney+, a SVoD service that has more than 60.5 million subscribers worldwide.

ViacomCBS's new organization is also taking shape as other major media companies  AT&T (with HBO Max) and NBCUniversal (with Peacock)  also pump more resources into streaming amid the ongoing decline of the traditional pay-TV market.

Taking the top spot at ViacomCBS's new streaming group is a big bump for Ryan, who joined Viacom in 2019 via its $340 million acquisition of Pluto TV.

In his new role, Ryan will be tasked with strengthening the growth of ViacomCBS's free and paid streaming services and will team with the ViacomCBS Content Council to accelerate a "franchise-driven content strategy across the company's streaming ecosystem."

ViacomCBS hasn't announced pricing for Paramount+, a service that will boot up with about 30,000 TV shows and film titles, including a slate of exclusive originals, from ViacomCBS stable of networks and studios. Pluto TV is also expected to serve as a vehicle to highlight and promote content featured on Paramount+.

Pluto TV, which offers more than 100,000 hours of free, ad-based content for its linear-style OTT service, has about 33 million domestic active users worldwide.

ViacomCBS is set to announce Q3 2020 results on Friday, November 6.