Technicolor is one of the early adopters of a new Google TV Broadcast Stack  an extension of Android TV  that's designed to help cable operators, telcos and satellite TV service providers accelerate and streamline their ability to integrate legacy pay-TV offerings with OTT-delivered apps and services all on one device.

Service providers around the globe have been relying on the Android TV Operator Tier to mix those services together using a streaming device that boots up to their own app. However, much of that integration work, including the stitching in of the operator's conditional access system, which authorizes access to the content for which the customer is paying, typically involves a lengthy, customized process through the original equipment manufacturer or another source. 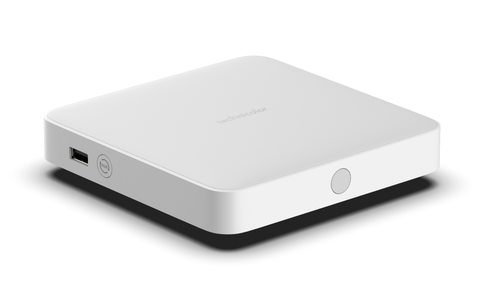 This new partnership with Google and the use of the company's new broadcast TV stack effectively streamlines and standardizes this process, according to Brian Jentz, VP at Technicolor Connected Home's video product unit. He estimates that the new software  for use in "hybrid" boxes that blend an operator's pay-TV service with OTT-delivered content and apps  cuts what's typically an 18-month process in half.

Operators still get the benefit of using relatively inexpensive Android TV streamers that boot up to their own app, but, behind the scenes, the conditional access (CA) piece is already implemented and integrated, Jentz said. The updated platform already supports CA technologies from companies such as Nagra, Synamedia, Irdeto and Verimatrix, he said.

It's a challenge that's present across all video ecosystems, but "Android TV is now addressing it in a platform," Jentz said. "It's adding a critical missing layer that people were having to do on their own."

Reducing that complexity will help to accelerate the deployment of Android TV among service operators that perhaps were not yet using those boxes as their primary video platforms, Jentz explained. Additionally, this broader integration capability will also open the door for service operators to integrate other apps supported on the Android TV platform, including cloud gaming and targeted advertising, he added.


Jentz said Technicolor plans to support the new stack on its existing line of Android TV devices as well as those set for introduction in 2021.

"We think there will be heavy adoption" of the updated platform, Jentz said, noting that the majority of new devices coming out of Technicolor are powered by Android TV. He also sees this capability gaining traction in pay-TV markets served primarily by cable operators, telcos and satellite that have not yet integrated OTT services, with India, Mexico and Brazil among prime candidates.

The new broadcast-focused extension emerges as Android TV continues to grab share from pay-TV players that are either launching or revamping their video services. It provides ample competition in the area for the Reference Design Kit (RDK), an integrated software stack for video and broadband devices managed by a joint venture of Comcast, Liberty Global and Charter Communications; Amazon (for its new operator-focused strategy for Fire TV); and a program at Roku for service provider partners that complements Roku's primary focus on retail.

This new Technicolor-Google tie-up comes less than a month after the introduction of the new Google TV experience that is initially being used to power a new retail-focused Chromecast streamer that supports a remote control and is more powerful than earlier generations of Chromecast streaming adapters that relied on smartphones to cast and control content delivered to the TV screen.