T-Mobile is going out of its way to make sure the lights stay on at MobiTV and to ensure that T-Mobile's new streaming service, TVision, will continue to operate as MobiTV wends its way through the bankruptcy process.

According to bankruptcy documents, TVN Ventures, an affiliate of T-Mobile, is the party that agreed to provide MobiTV with $15.5 million in debtor-in-possession (DIP) financing. 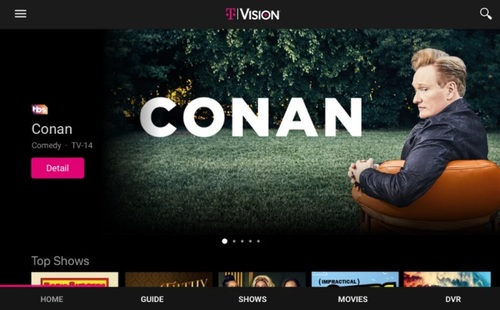 MobiTV filed for Chapter 11 bankruptcy protection this week in a Delaware court, and is seeking the court's approval on a reorganization plan that includes the $15.5 million loan from the T-Mobile affiliate.

The amount of the financing seems a pittance, given that it will prevent the TVision OTT-TV service from going down and stave off another pay-TV-induced black eye for T-Mobile. The amount of the financing also looks small when set against the $325 million T-Mobile paid to acquire Denver-based Layer3 TV (T-Mobile, which shut down the legacy Layer3 TV service, branded as TVision Home, on December 20, 2020, has already written off the deal).

According to MobiTV filings, the provider of tech and systems for streamed and app-based pay-TV services has assets of roughly $19 million and liabilities of about $75 million. Its listed creditors include Rackspace, Silicon Valley Bank, MPEG, LA, ATEME and Comcast, among dozens more.

According to the court documents, the terms of the loan with T-Mobile were "negotiated in good faith and at arm's length." T-Mobile's interim loan amount is $7.5 million, with a final loan amount of $15.5 million. The loan carries an interest rate of 12% and a maturity date of May 21, 2021.

MobiTV, which is seeking the court's approval of the plan, said the lack of the loan would force the company to convert its Chapter 11 case to Chapter 7 and its assets "would be liquidated at a fire sale value, without any realistic hope of maximizing returns."

MobiTV uses a blend of cloud-based and on-premises systems to help partners, including T-Mobile and several telcos and cable operators, stream pay-TV services to a wide range of mobile and TV-connected devices. Several cable operators in that group have struck agreements with MobiTV via an agreement brokered by the National Cable Television Cooperative (NCTC), an organization that forges programming and tech deals on behalf of hundreds of small and midsized operators.

Cable One confirmed this week it is moving ahead with its launch of an IPTV service called Sparklight TV (it's not clear though if Cable One is sticking with MobiTV as a partner or going with another partner). NCTC has been asked for comment on how the MobiTV bankruptcy filing impacts its agreement with the video tech company.

According to court filings, MobiTV has more than 125 business customers and provides television content to more than 300,000 end-user subscribers. T-Mobile has not announced subscriber numbers for a new OTT version of TVision launched late last year, but industry sources said it had north of 100,000 paid subs, along with a group of employees that are getting the service for free.

The T-Mobile loan appears to have been taken as a last resort. MobiTV told the court it had contacted 79 potential capital sources, including strategic investors, venture capital funds, third-party lenders and media and tech-focused investors. MobiTV said 22 in that group signed non-disclosure agreements, and that the company entered "advanced" and "exclusive" talks with several potential partners, but was unsuccessful in inking an acceptable out-of-court refinancing.

Among other filings, MobiTV is seeking approval to pay "critical vendors," including network equipment and support providers, software providers and software developers, to keep its platform operating.

MobiTV has also filed a motion to pay employee wages, noting it had 76 salaried employees and ten hourly employees. MobiTV estimated its average monthly payroll is roughly $1.45 million. Sources said MobiTV enacted a layoff late last month that included most if not all of the company's sales force.

MobiTV also filed a motion to authorize rejection of master services agreements with Databank Holdings and Rackspace, holding that they are "executory contracts that are no longer needed" by the company.