In addition to being centered around Android TV, T-Mobile's next iteration of the TVision service will focus on an unobtrusive dongle-style streaming device.

A few days after a TVision-branded Android TV remote surfaced at the FCC, documentation filed by China's SEI Robotics concerning a 4K-capable device the remote will pair to also made its way through the FCC last week.

As 9to5 Google points out, the streaming device, referred to as a "4K HDMI dongle," is similar in design to the AirTV Mini, an Android TV-based streaming device from Dish Network for cord-cutters that supports the Sling TV service and currently sells for $79.99. 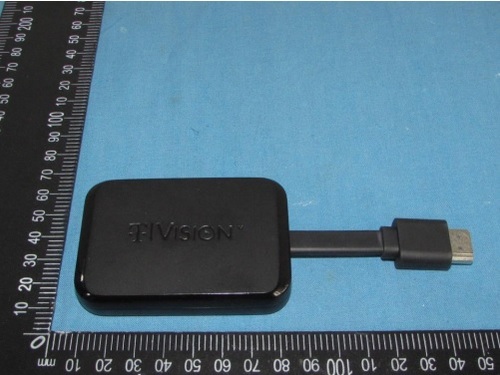 FCC filings indicate that the retooled version of T-Mobile's TVision service will run on an Android TV-powered streaming dongle.

While the hardware design of the coming TVision product and the AirTV Mini are similar (the FCC documentation for the TVision-branded dongle also includes a user manual for the AirTV Mini), it's expected that the product tailored for T-Mobile will boot up to the TVision pay-TV app while also supporting various third-party services and apps that are offered via Google Play, alongside tight integration with voice-powered Google Assistant technology. Per the FCC documentation, the coming TVision dongle will also be equipped with Wi-Fi and Bluetooth.

While the TVision streaming dongle going through the FCC might not be the only device that eventually will support T-Mobile's revamped pay-TV product, it is a departure from the more traditional set-top box designs that were part of the original Layer3 TV service that T-Mobile acquired in early 2018 for about $325 million. 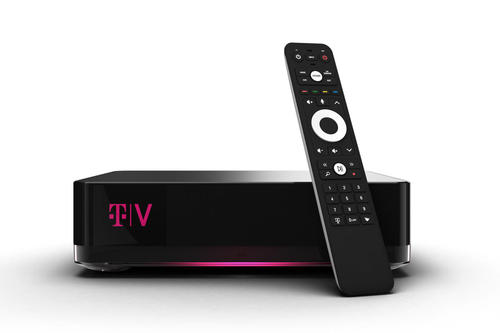 The current version of TVision, which traces back to Layer3 TV, runs on a more traditional set-top box-like client.

T-Mobile has not announced a national launch date for the retooled version of TVision and if the new offering will be paired with new pricing and packaging. However, industry sources told Light Reading earlier this year that the revised version of TVision has been deemed "tech-ready" for launch, but that the pandemic and the need to temporarily close some of T-Mobile's retail outlets had postponed the national launch.

Sources have also noted that MobiTV is a key partner on the new iteration of TVision.