Orby TV, a prepaid satellite TV service that launched in 2019, is no longer accepting new customers. And it's not clear if this is merely a temporary glitch or the beginning of the end.

As first spotted by Phillip Swann at the TV Answerman! blog, Orby TV's website is now largely barren, save for a terse message and an email address for Orby TV customer service.

Requests to Orby TV execs via LinkedIn have gone unanswered, as has an inquiry directed to the customer service email. A former media rep for Orby TV confirmed he does not currently represent the company.

The lack of communication from Orby TV about the status of the company and the service has left customers and prospective customers in the dark and has, of course, led to speculation about whether the company is in dire need of funding to stay aloft or, short of that, attempting to find a buyer.

Consumers, including current Orby TV customers, posting to the SatelliteGuys message board and the Orby TV customer service page on Facebook have been grasping for answers. While one message poster half-jokingly wondered if Dish Network was going to buy the company, others wondered if Orby TV is having trouble accepting credit card payments or simply needs more funding to keep operations going.

Whatever the case, a company simply posting a brief message like Orby did with no additional info or context on the situation is just plain weird. Meanwhile, other message board users and Orby TV customers have made note of Orby TV's fading digital presence elsewhere.

For example, a few noted that Best Buy has been selling Orby TV receivers at clearance prices. 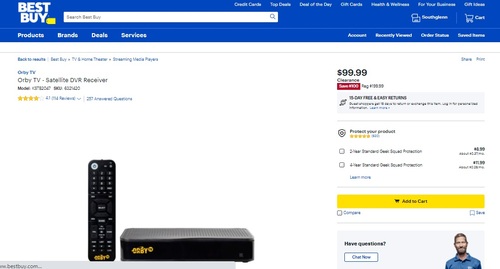 Another points out that Orby TV has apparently removed all videos from its its YouTube channel. 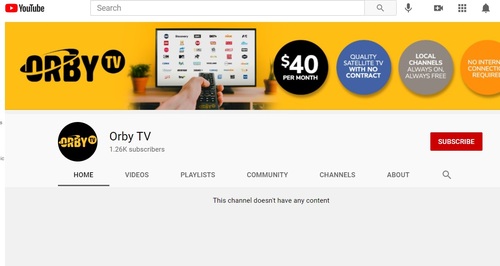 Yet another said he sold an Orby TV DVR with the SIM card on eBay, but the buyer told the seller that the SIM card would not work.

Adding to the intrigue, a few Orby TV customers said that, despite the company's halt on new service activations, their existing service continues to work just fine. What's not yet known is if Orby TV will continue to work when that customer's current prepaid period ends.

"I just got a refund notice," another Orby TV customer noted on Facebook. "I've had the service since August. I have had problems with the installer. I don't know what's going on! I'd like to have kept it Damn."

Wrote another: "Orby Update: As I am involved with employees of this company. Orby is unable to secure financing to continue service so everything is on hold until they get this situated. But this info doesn't sound good."

So, there you have it. Orby's fate is as clear as mud at the moment.

Focused on the needs of the prepaid market, Orby TV soft-launched the service in January 2019. At last check, before the site effectively went blank, Orby TV was selling services starting at $40 per month, along with a baseline receiver for $100 or one with an integrated DVR for $200, and a recommended $150 pro install option (handled by MasTec). Its platform combines satellite-delivered TV with free, over-the-air local broadcast channels. 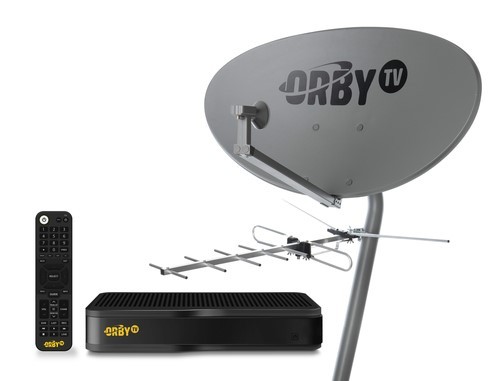 The company, led by Michael Thornton, a former DirecTV and Starz exec, teamed with Eutelsat Americas for satellite capacity for the service.

Thornton told Light Reading in the fall of 2019 he believed the market was ripe for a relatively inexpensive, prepaid and satellite-delivered service for rural regions that are underserved or unserved by broadband. He also believed Orby TV might appeal to urban dwellers who don't want to get roped into multi-year contracts or perhaps can't qualify for a post-paid pay-TV service.