The Reference Design Kit (RDK) is broadening its horizons.

In a move that locks in new, key tech players for the open source RDK software platform, China-based set-top giant Skyworth Digital has introduced its first RDK-based "Video Accelerator" box. It's a reference model powered by silicon from Amlogic (its S905X2 or X905X4 chipset), plus support for Wi-Fi, Bluetooth and Dolby Vision.

Skyworth's new entry is an IP-based box that is pre-integrated with the RDK application framework (a system that helps service providers integrate apps into the TV viewing experience) and the Metrological App Store (Comcast acquired Metrological in 2019). The new device is designed to help service providers quickly develop, test and launch video apps while still retaining control of the overarching user experience as well as set-top box data. 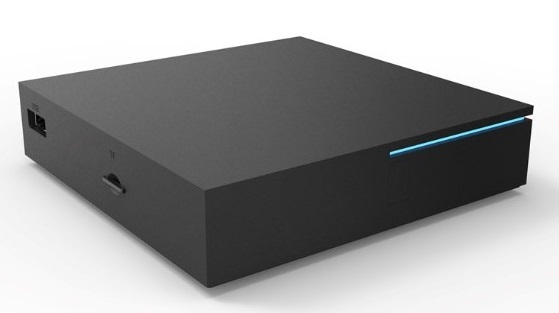 Skyworth's new reference set-top for the RDK Video Accelerator program is powered by chips from Amlogic.

The Skyworth/Amlogic combo broadens the vendor ecosystem of the RDK, a pre-integrated set of software for set-tops and gateways that's managed by a joint venture of Comcast, Liberty Global and Charter Communications (Charter inherited its role at RDK from its acquisition of Time Warner Cable in 2016). RDK-V is for video devices and RDK-B is a flavor centered on broadband gateways as well as some IoT-connected devices such as smart speakers and cameras.

Other box makers and chip suppliers that have developed accelerator reference set-tops and other types of consumer premises equipment based on RDK include CommScope/Arris, Humax, Broadcom and Kaon Media. RDK Video Accelerator platforms have also been pre-integrated with a "Tech4home" voice remote.

"The demand for RDK-based products [is] on the rise by pay-TV operators around the globe," Charlie Zheng, VP of strategic partnerships, sales and marketing, Skyworth Digital, said in a statement.

Platform competition remains heated
Skyworth is putting some weight behind RDK as the open source platform continues to do battle in the service provider market with Android TV, which counts AT&T and T-Mobile among its partners and, to a lesser degree, with Amazon (Fire TV) and Roku.

Jeff Heynen, senior research director, broadband access and home networking at Dell'Oro Group, said the service provider set-top box world is being split to a degree between the Android TV and RDK camps.

That decision, he added, has been following a path determined by the level of control the operator wants over the operating system as well as what legacy conditional access and digital rights management systems they have in place. "Obviously, with Android, you get a lower opex due to lower maintenance and UI costs. But then you also have less control over the roadmap," he explained. "RDK is the opposite."