Consumer "subscription hopping" among streaming services has gripped the market during a pandemic that has forced people to entertain more at home, TiVo found in its Q4 2020 Video Trends Report. That scenario has likewise been fueled at a time when a deluge of new premium streaming services have launched.

TiVo's study, based on a survey of 4,526 adults in the US and Canada, found that 15% had cancelled at least one video subscription due to the pandemic. Almost half (45%) cited household income as the prime reason, followed by "just in case" budget tightening (39%). A smaller group (35%) said they cancelled an OTT service because they weren't watching it often enough.

Here's how some of the individual streaming services, including SVoD and multichannel OTT-TV offerings, fared when consumers opted to jump out of a subscription. 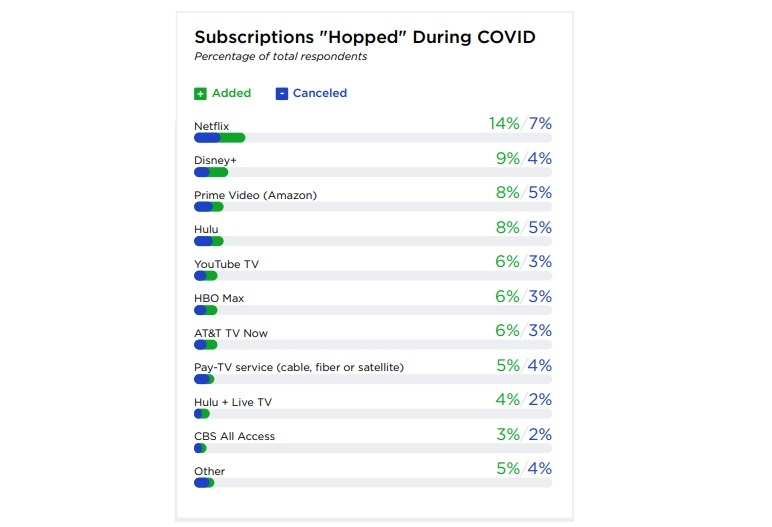 On the other side, 25% said they added at least one new video subscription due to the pandemic, with 63% saying being home more often gave them more time to pony up, 38% saying they jumped on a special deal or offer, and 36% saying they were drawn in to stream a specific show.

The study also took a look at how consumers are bundling streaming and pay-TV services.

The top three video-service bundle among pay-TV customers included the pay-TV service itself, plus Netflix and Amazon Prime. 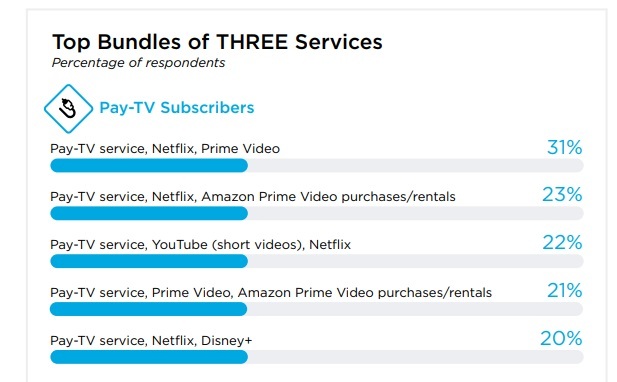 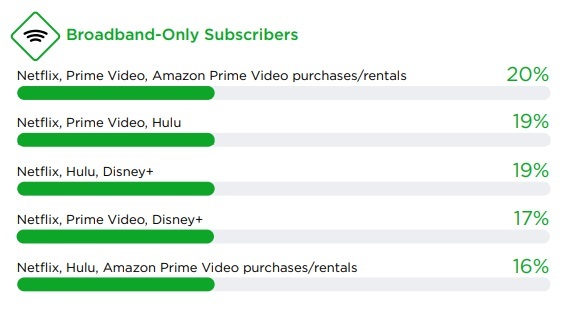 The number of services per consumer was fairly similar among pay-TV and broadband-only consumers. 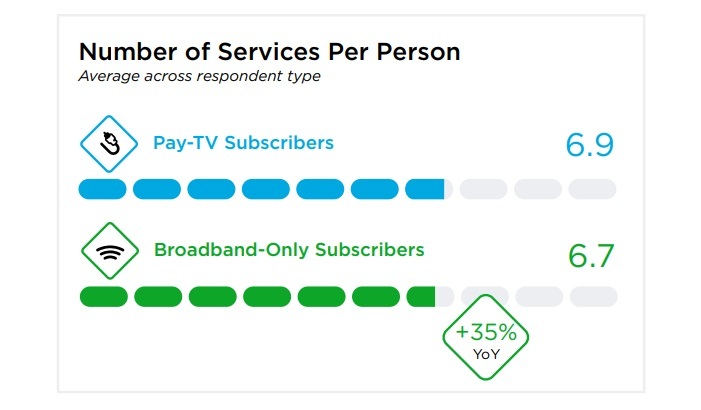 Consumers would clamor for a free, ad-based Netflix 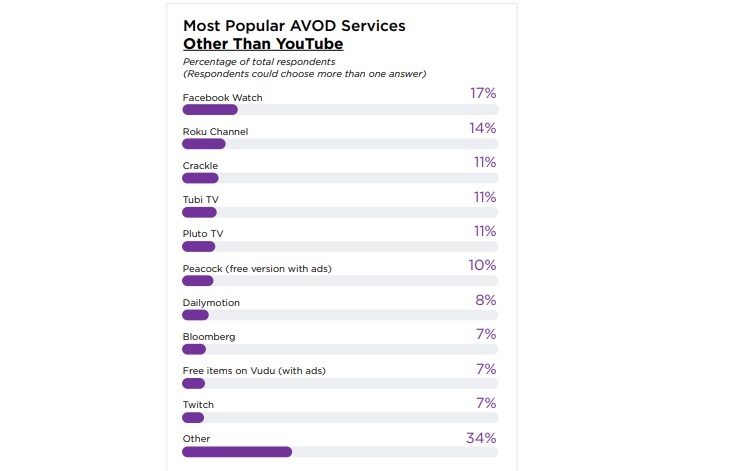 Consumers are also getting more access to  and becoming more comfortable with  voice-based navigation systems.