Netflix missed Q3 2020 subscriber guidance as signups slowed following a massive surge in the first half of the year when new customers flooded in during the early stages of the pandemic. However, the streaming giant expects a better Q4 and exit to 2020 with more than 200 million subscribers worldwide.

Netflix subscriber activity in the Asia Pacific region was a bright spot and the company's largest contributor, with 1.01 million additions. That compared to 180,000 adds in the US and Canada, 760,000 in the EMEA (Europe, Middle East and Africa) region and 260,000 adds in Latin America. 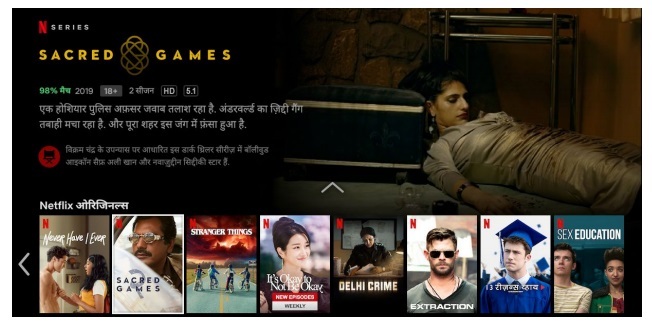 Amid solid subs growth in the Asia Pacific region, Netflix has localized its service to support Hindi in its UI. Netflix also touted a partnership with Reliance Jio in which Netflix is being bundled with the operator's mobile and fiber broadband plans.

The Q3 slowdown "is primarily due to our record first-half results and the pull-forward effect" Netflix saw earlier in the year, the company explained in its investor letter (PDF). However, the 28.1 million paid subscriptions added in the first nine months of 2020 already exceed the 27.8 million Netflix added for all of 2019.

"The state of the pandemic and its impact continues to make projections very uncertain, but as the world hopefully recovers in 2021, we would expect that our growth will revert back to levels similar to pre-COVID," the company said.

Netflix said it is "making good and careful progress returning to production," noting that it has restarted production on some major titles, including season four of "Stranger Things" and season two of "The Witcher."

The company offered a cursory glance to an expanding mix of streaming competition, acknowledging the recent launches of NBCU's Peacock and WarnerMedia's HBO Max, as well as a reorg at Disney that emphasizes a growing streaming business that includes Disney+, Hulu and ESPN+.

"We're thrilled to be competing with Disney and a growing number of other players to entertain people; both consumers and content creators will benefit from our mutual desire to bring the best stories to audiences all over the world," Netflix said.