Now, in a peculiar twist, Liberty Global has come forward with an offer for Sunrise, funded through cash reserves and debt, that values the Swiss operator at about 6.8 billion Swiss Francs (US$7.4 billion). 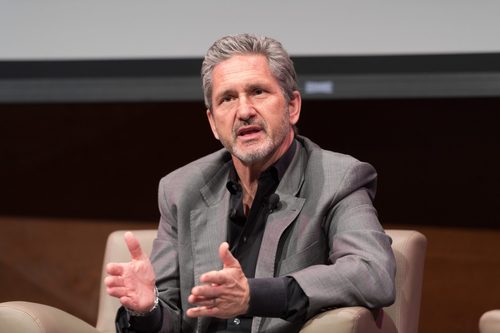 Liberty Global CEO Mike Fries has been on the deal-making trail this year.

"The announcement represents an intriguing turnaround for the Swiss telecom market, given that Sunrise had planned to purchase UPC in 2019, only for the deal to collapse following pressure from a major investor," said Kester Mann, the director of consumer and connectivity research for analyst firm CCS Insight.

Upset back then, Freenet is a lot happier with this arrangement. It has already agreed to tender its 24% stake for the offer price of CHF110 ($120) per share.

That represents a 32% premium to the volume-weighted average price over the past 60 days, and values Sunrise at about 10 times its annual earnings. Freenet was evidently sold.

It had previously complained about the strategic rationale for a Sunrise takeover of UPC, saying this was "fundamentally flawed."

UPC's cable technology was inferior to not only fiber, but also the 5G mobile networks that Sunrise was building, said Freenet in a statement of complaints last October.

But a Liberty Global takeover of Sunrise will create exactly the same player, combining UPC, Switzerland's largest cable operator, with the mainly mobile operator that is Sunrise.

As long as the price was right, Freenet had no reason to care.

Admittedly surprised by the Liberty Global move, Jefferies, a bank, said there was a "strong structural rationale" for consolidation as well as an obvious upside for shareholders.

"Freenet would now exit its Swiss investment at a healthy return," it said in a research note. "This looks like a win-win-win."

The convergence promise
As before, the promise of convergence justifies the arrangement, according to Sunrise. Many consumers want to pay once for the whole package of fixed, broadband, mobile and TV services.

In this market, Swisscom, the telecom incumbent, has had an infrastructure advantage over both Sunrise and UPC. And piggybacking on Swisscom's networks to compete means paying wholesale fees to a rival.

Similarly, UPC's cable infrastructure and fiber backbone will provide important "backhaul"  the connections between basestations and the core  for higher-speed 4G and 5G services.

For Sunrise, the unappealing alternatives would be to invest in its own fiber backhaul or buy wholesale capacity from a rival such as Swisscom.

UPC has perhaps more to gain than Sunrise. The cable operator has been struggling in the Swiss market, losing 16,400 of its roughly 1 million fixed-line customers in the recent April-to-June quarter, when revenues fell 5%, to CHF299.1 million ($326.7 million), compared with the year-earlier period.

Despite recent signs of improvement, Freenet may have had a point about the inferiority of cable technology.

Yet to report second-quarter results, Sunrise had managed a 1.4% year-on-year increase in first-quarter sales, to CHF306 million ($334 million).

Between January and March, it added about 34,000 contract mobile customers, finishing the quarter with more than 1.9 million altogether.

The hope, clearly, is that a tie-up will be in a stronger position to challenge market leader Swisscom. It should deliver savings, too.

Jefferies thinks the additional revenue opportunity could be worth about CHF500 million ($546 million), and values cost and capital expenditure "synergies" at CHF2.6 billion ($2.8 billion). Job cuts seem bound to be a feature of the plan.

Liberty, the consolidator
The deal would mark Liberty Global's second big European transaction this year, after it previously agreed on a merger between Virgin Media, its UK business, and O2, the UK mobile operator owned by Telefónica.

That agreement was also all about convergence in a market where BT remains the biggest fixed and mobile player.

Neither is a done deal, however, and regulators could always prove difficult.

"The combination of UPC and Sunrise will finally create a creditable converged rival to market-leader Swisscom, which has long dominated the Swiss telecoms landscape," said Mann.

"Still, reducing the number of players on the market could trigger some concerns around pricing and competition."

Regulators might see the Swiss deal as a way to boost two relatively small rivals and weaken the still-dominant Swisscom, says Jefferies.

Even after a merger, Sunrise and UPC would have only 30% of the broadband market, next to Swisscom's 58% share, and just 26% of the postpaid mobile sector, alongside the 58% held by the incumbent.

All that, however, would leave number-three player Salt even more enfeebled.