Evoca, a new pay-TV service that relies on a blend of next-gen ATSC 3.0 broadcast signals and traditional Internet connections, is preparing to kick off an "early access" consumer trial in Boise, Idaho.

It will feature a lineup of dozens of channels, including local broadcast networks, plus a slate of video-on-demand services.

The service, whose channel lineup is a work in progress, will initially sell for introductory price of for $20 per month.

This early access trial will be limited to about 200 participants, before the company presses ahead with a commercial offering that will start at $49 per month, according to Evoca/Edge Networks CEO Todd Achilles.

Evoca will launch the early access trial to consumers in the Treasure Valley area on September 1, and offer the introductory price through the end of the year.

The initial version, which will compete in Boise with incumbent cable operator Cable One, will deliver the local broadcast TV feeds of ABC, CBS, Fox, NBC and PBS, plus dozens of other TV channels. 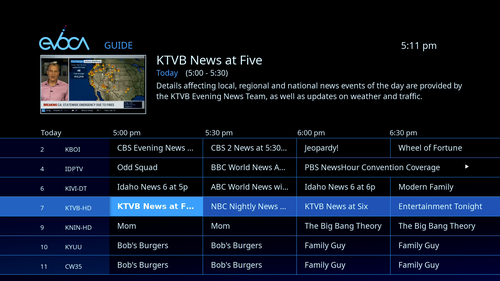 Evoca's guide will pull down and manage live and on-demand content from multiple over-the-air and OTT-delivered sources.

A VoD slate of free and subscription-based services features more than a dozen partners.

Evoca is still working on content deals for live TV channels and on-demand services even as it lights up the early access test in Boise. "We have a whole bunch in the funnel," Achilles said.

'Scout' box weaves in content from multiple sources
Evoca's hybrid service delivery platform will pipe in content via ATSC 1.0 and ATSC 3.0 over-the-air signals, and via the Internet to a TV-connected device.

That box, called the "Scout," is outfitted with Vewd's operating system and video software platform. 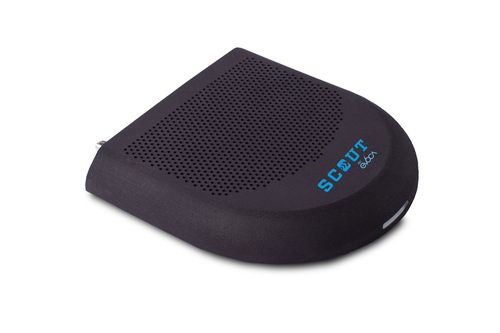 The 'Scout,' Evoca's hybrid box, supports content delivered over-the-air via both ATSC 1.0 and ATSC 3.0 signals as well OTT video streamed in from the Internet.

The offer is limited to one free box per trial household (the device has a retail value of about $100, per the company). The video below presents a brief walk-through of the in-home set-up process:

According to Achilles, Evoca is the first service to apply conditional access-style security to IP-based ATSC 3.0 signals.

ATSC 3.0, a new IP-based broadcast TV standard being touted under the "NextGen TV" brand, has also been made to support 4K video, immersive audio, interactive TV and targeted advertising.

Its platform, Achilles says, represents the "first converged experience" that weaves together legacy ATSC 1.0 with new ATSC 3.0 technology, along with OTT and VoD.

While services such as Ride TV come in via a regular Internet connection, CuriosityStream's linear feed and the CBS Sports feed are being delivered over-the-air.

"The key thing, as you flip through the channel guide, is that you have absolutely no idea of the source of the channel. We try to hide all of that complexity," Achilles said.

"They're all video streams."

The box comes with some local storage to cache certain videos, but a bona fide DVR is also on Evoca's roadmap, Achilles said. According to its FAQ, the service is also working on ways for subscribers to access it on mobile devices.

A coverage checker has also been developed to help potential customers know if they live in an area where they can access a quality signal.

The service is expected to roll out to all of Boise by late 2020.

The company is also sizing up expansion plans for 2021, expecting to focus on areas where it believes the market is underserved by pay-TV competition.

Evoca hasn't identified any specific cities or towns, but the company is eyeing mountain west states such as Idaho, Montana, Utah and Nevada, as well as west Texas and parts of Oklahoma.

"Eventually, we aspire to be a nationwide service provider," Achilles said.