Dwayne Benefield, the exec who helped pull together the programming and packaging for T-Mobile's new TVision streaming service, left the company last month to take a leading role at Canada's Telus.

Benefield said he joined Vancouver-based Telus on January 16 as senior vice president of connected home and entertainment, a role that will span product and business for the telco's blend of video, smart home, hardware and broadband products, including wireline broadband and a relatively new fixed wireless offering focused on rural parts of Western Canada. Benefield said he was drawn to the new role in part because it covers product, service and business development and strategy. 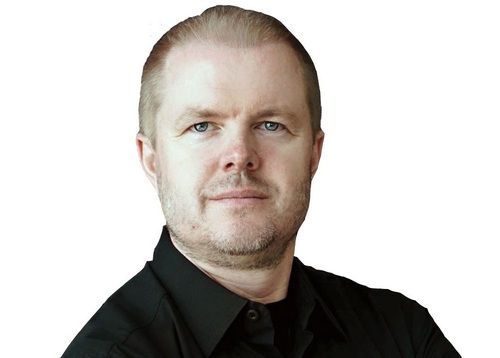 Dwayne Benefield, an exec late of T-Mobile and Sony, started at Telus on January 16.

Benefield most recently was VP of entertainment at T-Mobile, where he helped to develop and launch a new TVision streaming video product with nationwide coverage initially targeted to T-Mobile prepaid mobile customers and legacy Sprint customers.

That streaming service, which effectively supplanted the market-limited TVision Home service spawned by T-Mobile's 2018 acquisition of Denver-based Layer3 TV, was launched last fall. It quickly received some backlash from programmers such as Discovery and NBCU holding that the way TVision was originally structured violated the terms of their carriage agreements. TVision countered that it believed it was complying with those contracts, but did make a change in November that combined the service's entertainment-focused "Vibe" bundle of 30-plus channels with its larger "Live" packages that also include news and sports programming.

Benefield joined T-Mobile after the mobile giant acquired some of the programming and distribution rights and people associated with PlayStation Vue, the Sony-owned virtual multichannel video programming distributor (vMVPD) that was shut down in January 2020. That agreement, which did pave the way for TVision's current slate of pay-TV packages and some à la carte programming, did not include PlayStation Vue's subscriber base.

Benefield said it was a "difficult decision" to leave T-Mobile, but said it was impossible to pass up an opportunity at Telus that gave him a much broader scope of responsibilities that includes a plan to drive more innovation and value into Telus's range of products and services. Some of that focus will include Telus's two video products  Optik, a more traditional pay-TV product; and Pik, a newer IP-based video service that features slimmed-down packages and some à la carte-style programming options.

T-Mobile has already filled Benefield's role. Julie Goldthwait, the company's SVP of emerging products, is now responsible for TVision marketing, according to a T-Mobile spokesperson.

T-Mobile has not announced TVision subscriber numbers. According to multiple industry sources, TVision now has well over 100,000 paid subscribers, and possibly more than double that number of total users when a base of customers currently getting the streaming service for free, a group that includes T-Mobile employees, are included.

T-Mobile would not confirm any sub totals for TVision. T-Mobile is scheduled to report Q4 2020 results on Thursday, February 4, but the company is not expected to break out TVision sales separately.

T-Mobile has announced plans to expand the availability of TVision to prepaid mobile customers as well as non-T-Mobile wireless customers later this year. It's also anticipated that T-Mobile will use TVision as a video bundling option for its fixed wireless home broadband service.