Aiming to put to bed an ongoing engineering debate centered on the future of the distributed cable access network, CommScope has introduced a new remote access network device that can operate in both remote PHY and remote MACPHY architectures.

That device, called the E6000n RD2322 RxD (yes, there will be a quiz on this later), is a follow-on to two other products in CommScope's cable distributed access architecture (DAA) portfolio  a series of E6000n Remote PHY Devices (RPDs) and the E6000n RD1322 RPD. 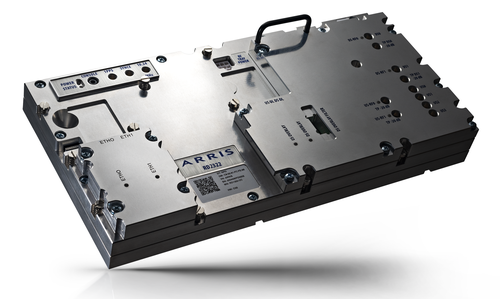 CommScope said the RD2322 can be deployed with the company's NC4000 and Opti Max OM41x0-series of optical nodes.

CommScope effectively believes that its new, more flexible remote access device can be installed and altered based on how the cable operator ultimately decides to deploy MAC processing in the network  either by keeping it centralized (with only the PHY piece of the network deployed in the node) or by distributing it toward the edge with both the PHY and the MAC packed into the fiber node.

CommScope's new DAA device can be configured to support remote MACPHY with a software upgrade, dependent on the architecture that the operator opts for either during the initial deployment or further down the road.

The silicon can handle either mode, making the E6000n RD2322 RxD a "migratable" device, explains Kevin Keefe, SVP and segment leader for CommScope's Broadband Networks unit. "It will be remotely upgradable."

Keefe said CommScope expects to put the E6000n RD2322 RxD into field trials this year and follow with initial deployments in 2021. "It's being kicked around in labs at the moment  It's ready to go."

On top of that, CableLabs late last month published a set of new specs that also fit into the remote MACPHY equation. Those specs  called the Flexible MAC Architecture (FMA)  give suppliers the technical guidance needed to develop interoperable products that will allow the MAC to be deployed almost anywhere on the network. At the same time, it fits into the industry's broader "10G" initiative for multi-gigabit speeds, enhanced security and low-latency capabilities on HFC, fiber and even wireless access networks.

Phase I of FMA is focused on remote MACPHY (with the MAC and PHY miniaturized and packed into a fiber node), with future phases to cover a new remote MAC core and, ultimately, full virtualization of the access network.

There's general interest among cable operators in "syncing for the future [with] remote MACPHY," Keefe said. "But when it comes to tactical and deployed here and now, it's remote PHY-plus-virtual CMTS."

CommScope, he said, has a sizable commercial launch underway with that remote PHY/virtual CMTS architecture with an operator to be named.

"That will continue here for the near-term because it's what's available, but as remote MACPHY starts picking up, we'll see if the conversation shifts," he said. "Ultimately you have to say it's a better architecture. It's the simpler architecture."