Eliminating any doubts that streaming is a core part of its future, The Walt Disney Company has reorganized its media and entertainment business to help accelerate a direct-to-consumer strategy jolted by the success of Disney+, the premium subscription VoD service that debuted last November.

Citing the "rapid success" of Disney+, which has more than 60.5 million subscribers worldwide, Disney said it will focus on developing and producing original content for its various streaming services (which also include Hulu and ESPN+), as well as for legacy platforms. 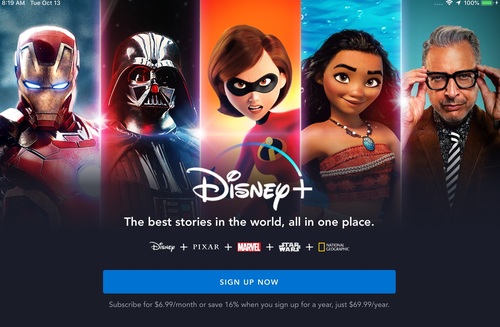 The 'rapid success' of Disney+, an SVoD service that has surpassed 60.5 million subscribers worldwide, played a big role in The Mouse's decision to focus more heavily on its direct-to-consumer strategy.

Tied to the reorganization, Disney's former direct-to-consumer and International businesses will no longer be managed on a combined basis.

Additionally, Disney's content creation group (now divided into three segments: studios, general entertainment and sports) will focus on producing and delivering content for theatrical, TV/linear and streaming, but with a "primary focus" on Disney's streaming services.

CEO: Change was inevitable, pandemic or not

"Managing content creation distinct from distribution will allow us to be more effective and nimble in making the content consumers want most, delivered in the way they prefer to consume it," Disney CEO Bob Chapek said in a statement.

More detail about the new structure of Disney's media and entertainment business will be discussed on a virtual investor day set for December 10. But it does enter the picture as Disney's theatrical and parks businesses have been hammered by the effects of the pandemic.

However, Chapek told CNBC that this change was inevitable, and that the pandemic merely nudged it forward more rapidly.

"I would not characterize it as a response to Covid," Chapek said, noting that Disney is "tilting the scale pretty dramatically" toward streaming. "I would say Covid accelerated the rate at which we made this transition, but this transition was going to happen anyway."

He told CNBC that the move could result in a staff reduction, but not to the scale of its recent decision to lay off 28,000 workers tied to its theme parks.

"Disney's interest in shifting additional content more quickly to Disney+ is a significant risk to theater owners and other non-vertically integrated film studio owners," Nathanson explained in a research note. "Disney's shift also underscores increasing risk for linear networks and the MVPDs that support them  including their own."