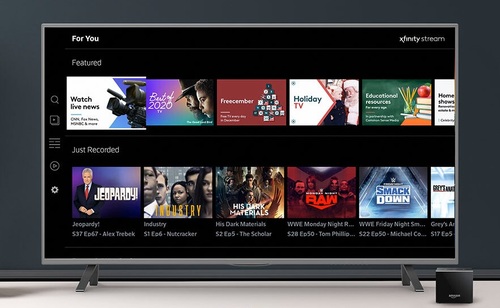 Comcast's Stream app, which shares some of the look and feel of its X1 navigation system, supports the cable operator's live TV and VoD service as well as its cloud DVR. Notably, Stream content delivered to the Fire TV in Comcast customer homes is delivered over a managed IP connection via a supported gateway and not over-the-top via the cable's operators high-speed Internet service. While that keeps IP-delivered video traffic from co-mingling with Internet traffic, it also means that Stream app traffic is not subject to Comcast's broadband data usage policies.

Fire TV users will be able to access the Comcast Stream app through the regular app menu or by saying, "Alexa, open Xfinity," into the voice remote paired with their Fire TV device.

Comcast, which has its own global smart TV ambitions for its X1 platform, has yet to launch a Stream app for a fully fledged Android TV device or for Apple TV boxes.