John Chapman's world is getting bigger and broader, but he's not about to forget his career origins.

"I will always be a cable guy at heart," says Chapman, the DOCSIS technology pioneer who is now CTO of broadband technologies at Cisco following the company's recent decision to merge its cable access and mobility units under one roof. 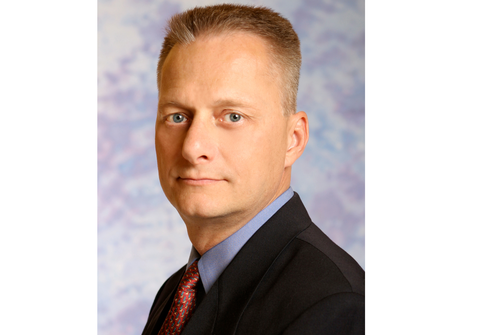 "Nobody's a pure cable operator anymore. They all do PON. And they all will certainly be getting into mobile," Chapman says.

"I have one foot firmly planted where the cable industry is and the other foot planted in where it is going," he says. "I'm more strategically focused now on what we should do and where we should go."

Where the industry is today is DOCSIS 3.1, some PON mixed in, and a growing focus on mobile. Where is it going? DOCSIS 4.0, likely much more PON, mobility and wireless, a push to the cloud, and all wrapped together with service and network convergence.

"It doesn't make sense to focus on a singular technology with a customer. It's about applying multiple technologies," he says.

He said the recent combination of the cable and mobility business units at Cisco was "more of a formality," as the company's engineers across both have been working together and under common leadership for at least two years.

And it fits the times. "We no longer have 'cable' customers," Chapman says. "Nobody's a pure cable operator anymore. They all do PON. And they all will certainly be getting into mobile."

From there, he replays a premise that he's been saying for years: "Today's cable operators are tomorrow's mobile operators."

And many MSOs around the world already are there, as companies such as Rogers Communications, Shaw Communications and Vodafone, among others, also own mobile spectrum assets for their respective mobile services.

The US is "the last bastion of pure cable operators," he says, but also acknowledges that this has already changed, as well. Comcast and Charter Communications, which today operate mobile services through an MVNO with Verizon, came away with licensed CBRS spectrum. Meanwhile, the C-Band auction is underway and expected to draw attention from US MSOs.

Helping with cable's urge to converge

Tied in, Chapman will focus on helping service providers with their network and service convergence strategies.

Business convergence will help with asset and purchasing scale, but infrastructure convergence "is where the big money is upfront," he says, noting that service providers will need to identify their cloud strategy and commit to it.

Service convergence is "where it gets tricky," Chapman says, as operators will need to be careful with spending in this area if the end result doesn't vastly improve the experience of a service that is already traveling today on a cable or mobile network. "This is where in the industry we're stuck. The monetization of those ideas is not clear."

Chapman also remains a big believer in providing small cell backhaul via the cable plant. 5G, he says, will need a massive densification of small cells and a wireline network to connect them up, suggesting that every macro tower might need 100 small cells to replicate coverage.

"There are some good analogies between the journey to 5G in the mobile world and the journey to remote PHY and cloud in the cable world," Chapman explains. "You've got two industries walking in lock-step and  into similar issues. All of the cable guys are going to become mobile guys, so you might as well put our head up and look around."

Expanding the cable upstream is critical next step

As for the future of the cable access network, the path forward is there for operators to take.

"A lot of the DOCSIS specs are done now. Things are pretty mature there," he says. "The mission of what to do is currently well-defined with DOCSIS."

But his advice to operators is to ride the DOCSIS 3.1 wave as far as it will take them and start to put a lot more focus on beefing up the upstream of the hybrid fiber/coax (HFC) network.

"I think what [cable operators] need to focus on is upgrading their return path," Chapman says, holding that the proper, next big move is to upgrade upstream capacity to 204MHz, up from today's typical range of 5MHz to 42MHz. "The upstream is what's breaking and will break, so that's the focus."

He acknowledges that there are barriers to 204MHz, as cable operators, for example, will need to figure out what to do with out-of-band signaling of legacy set-top boxes. But if that out-of-band issue prevents an operator from upgrading the upstream to 204MHz today, he recommends a "mid-split" that upgrades it to 85MHz.

He also believes that cable operators can get a lot of mileage out of video reclamation, by migrating off of their legacy QAM/MPEG-transport video platforms and putting all video on IP. In fact, he think cable operators could get more bang for the buck with video bandwidth reclamation (he notes that two-thirds of a cable network's spectrum is still used for legacy video, in many cases) than they would by extending plant bandwidth to 1.8GHz.

Another barrier Chapman foresees is what to do with downstream "leakage tones" that currently live below 204MHz and provide feedback to techs if the plant is leaking frequencies.

He allows that Full Duplex DOCSIS, a technique that lets upstream and downstream traffic operate on the same frequency block, is one possible workaround, but also points out that Cisco's remote PHY devices now have leakage tones built into them.

"So either figure it out or get a waiver from the FCC, or have modems generate leakage tones. Some universal solution needs to be decided upon," Chapman says.