CES 2021 to go all-digital in January

Determining that it's not possible to hold its massive annual event safely in Las Vegas because of the pandemic, the Consumer Technology Association (CTA) announced Tuesday that CES 2021 will be an "all-digital experience." 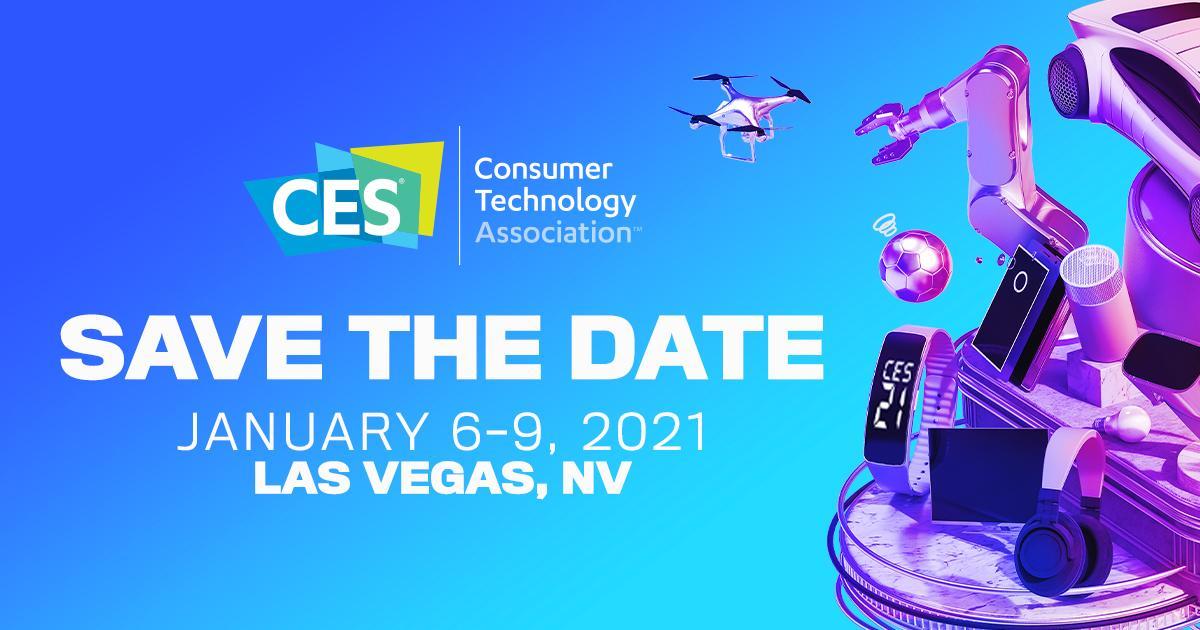 The dates for CES 2021 will remain the same, but the location has changed – from Las Vegas, to a web browser near you.

The all-digital format of CES 2021 – still set for January 6-9 – will aim to connect exhibitors, customers and media from around the world, the CTA said. More details are to come, but CES 2021 will still feature keynotes, showcase new products and offer a digital way for visitors to meet and network, the organization added.

"Amid the pandemic and growing global health concerns about the spread of COVID-19, it's just not possible to safely convene tens of thousands of people in Las Vegas in early January 2021 to meet and do business in person," Gary Shapiro, CTA's president and CEO, said in a statement. "Technology helps us all work, learn and connect during the pandemic  and that innovation will also help us reimagine CES 2021 and bring together the tech community in a meaningful way. By shifting to an all-digital platform for 2021, we can deliver a unique experience that helps our exhibitors connect with existing and new audiences."

CES 2021 is just one of several major industry trade shows that have switched to a digital/online format because of the pandemic.

Among recent examples, the National Association of Broadcasters developed and launched a digital event called NAB Show Express in May to take the place of its on-site annual event in Las Vegas. SCTE/ISBE announced last month that Cable-Tec Expo 2020, originally set to be held in Denver, would go completely virtual (and free) and take place October 12-16.

The CTA's decision to shift to an online format seemingly puts other major on-site events set for the first half of 2021, such as MWC Barcelona (currently set for March 1-4, 2021), at risk as companies around the globe continue to weigh their work from home and travel policies for the second half of 2020 and into early next year.

Notably, Google plans to keep its employees home until at least July 2021, a move that affects about 200,000 full-time and contract employees, according to The Wall Street Journal.

Update: CES is a showcase for major CE companies such as Panasonic, LG Electronics and Sony as well as startups that are breaking into the consumer electronics industry with new gadgets. Comcast, meanwhile, has been using CES in recent years to launch new or enhanced consumer-facing offerings, including IoT security products and more advanced gateways such as the XB7, a DOCSIS 3.1/Wi-Fi 6 device introduced at CES 2020.

The decision to bring CES online also delivers a financial blow to Las Vegas, as the event represents the largest hosted by a city that is equipped with more than 150,000 hotel rooms. According to the Las Vegas Convention and Visitors Authority, convention attendance in Las Vegas reached 6.6 million in 2019, up 2.3% year-on-year. Per the organization's 2018 totals, wages and salaries for conventions held at the Las Vegas Convention Center were $558.56 million.

While CES-specific financials aren't disclosed by the LVCVA, direct visitor spending in 2018 was $34.5 billion alongside a total economic impact from tourism of $57.6 billion.

Update 2: The LVCCA did not provide an estimate of the financial impact that will be seen as CES 2021 moves to a completely online format, but the organization did provide this statement from LVCVA president and CEO Steve Hill: "We know the decision to move CES to a virtual show in January was extremely difficult for CTA leadership. While it's disappointing we won't be welcoming CES as the first show inside our West Hall expansion, we certainly respect their decision in light of the impact the virus has caused throughout the world. We deeply value our 40-year partnership with CES and look forward to welcoming the show and their loyal attendees back to Las Vegas in 2022."