It won't get high marks for creativity and originality, but ViacomCBS has come up with its new name for CBS All Access: Paramount+.

Joining Disney, ESPN, Apple TV and even TiVo in tacking a "+" sign to the end of the name of a premium streaming service, ViacomCBS said the new brand will take hold in early 2021 in the US alongside an initial international expansion into Australia, Latin America and the Nordics. 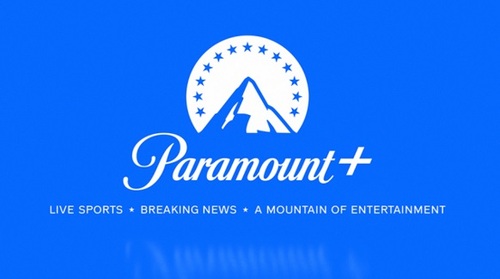 ViacomCBS reasoned in part that the Paramount brand has high global recognition among its various media properties, which also include CBS, Showtime, Comedy Central, Nickelodeon MTV and The CW.

Paramount "has near universal brand recognition  so that fits with our global footprint," ViacomCBS CEO Bob Bakish told CNBC.

ViacomCBS did not announce pricing for the successor to CBS All Access, which today sells for $5.99 per month with ads, and $9.99 per month without ads. Bakish promised that Paramount+ will be a "truly differentiated product" offering a range of live sports, news and  in an obvious nod to the Paramount logo  "a mountain of entertainment." All-in, Paramount+ will boot up with about 30,000 TV shows and film titles from the ViacomCBS stable of networks and studios.

New originals will also feature heavily in the new OTT offering, including a TV drama called "The Offer" inspired by "The Godfather" films, a spy/espionage series called "Lioness," and a reboot of "The Game." Those will build on originals already tied to CBS All Access, such as "Star Trek: Discovery" and "Star Trek: Picard," and an already announced "SpongeBob SquarePants" spin-off titled "Kamp Koral."

"Franchises figure very prominently in Paramount+," Bakish said, holding that the new, broader streaming service will appeal to a wide demo, which is the same position that WarnerMedia happens to be trying to establish with its new HBO Max service.

While a rebrand does seem in order given that Paramount+ will be a global streaming service, that ViacomCBS went with an olde tyme media brand and simply attached a plus sign to it did not escape some ribbing on the Twitterverse. Some examples:

Paramount: Hey can I copy your homework?

Disney: Sure but make sure you change it up enough so the teacher doesn't notice

Paramount: You got it! https://t.co/e3rQTfgFfD

Surprising that Paramount has more brand rec than CBS. I didnt think film studios (outside of Disney, Pixar, WB, and maybe Blumhouse), had that juice.

"I gotta see that Paramount joint!"

CBS All Access Will Get Rebranded as Paramount+ in 2021 https://t.co/wlQc13pEzs #PCMag

CBS All Access is bravely following the leads of other streaming services like Disney+ and Apple TV+ and changing its name to Paramount+. Thatll help it stand outright? https://t.co/phy938PGk2

If they really wanted to include the paramount name, it could of been as easy as naming the service Paramount All Access pic.twitter.com/ODLMQ9AwDG

OK, so not everyone mocked the decision:

Im not sure the name Paramount+ is the answer in 2020, but it definitely doesnt feel as cheap as CBS All Access. https://t.co/YAJh6vJ7WS

And one top media industry analyst did note that the service's new moniker should put a rumor to bed:

For ANYONE thinking ViacomCBS is going to sell Paramount  this should put an end to that $VIAC https://t.co/SxkUJx2ZED