After testing the waters with a proof-of-concept platform, broadcast TV industry vet Jack Perry has booted up a hyper-local, ad-supported streaming service that is initially providing access to more than 200 local TV channels, an on-demand library featuring broadcaster-produced and original fare, along with a few live events. 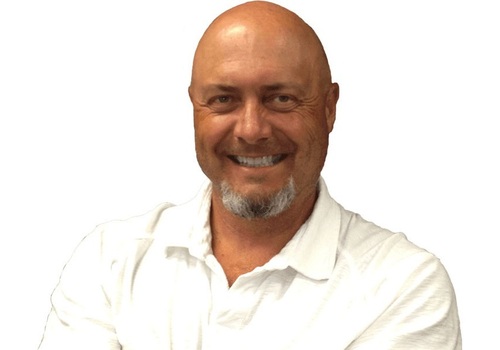 Jack Perry, a member of the National Academy of Television Arts & Sciences and the holder of 24 patents related to various over-the-air, over-the-top and satellite video distribution methods, founded Syncbak in 2009.

The launch follows a months-long trial of a prototype streaming service called SBTV, which paved the way for the commercial launch of the newly branded VUit offering.

In addition to providing access to local broadcast channels via the Internet, SBTV also tried out other capabilities, including the hosting of live podcasts out of New York and a morning show, as well as concerts and other live events. In May, SBTV premiered its first short film acquisition – "Backlash" starring Joel Murray and Eliza Murray – that quickly became the most viewed piece of original VoD content on the platform, attracting viewers from more than 115 DMAs (designated market areas), according to the company.

"We used [SBTV] to demonstrate to broadcast partners and potential broadcast partners that this can really work," said Perry, the CEO of Syncbak, a video streaming and ad-tech platform company that counts CBS All Access, Hulu and fuboTV among its OTT-TV partners.

According to Perry, SBTV viewers typically returned 17 times per month and watched an average of 30 minutes per visit.

"It's a very, very sticky product," Perry said. He thinks VUit can do even better as it adds more original content to the mix and tries to live up to its self-described goal of being "The Netflix of Live, Local and Free."

"We might have a product here that people use on a daily basis," Perry said.

Depending on the digital rights held by Syncbak or its broadcast TV partners for individual live feeds or separately produced shows, the idea is to make this hyperlocal content available regionally, nationally and, in some instances, even internationally, Perry said. For example, Syncbak's support of the I-500 Snowmobile Race in Michigan (in partnership with Heritage's WWTV) reached 107 DMAs plus a group of viewers outside the US, with viewers combining to watch more than 420,000 minutes of the ten-plus hour event. 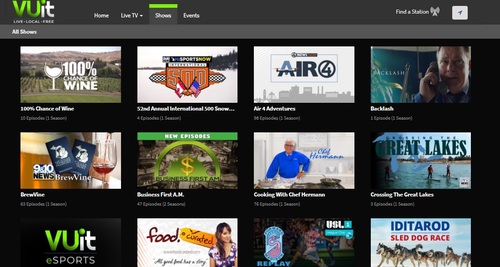 In addition to support for web browsers, as show here, VUit is also available on several other streaming platforms and devices, including iOS, Android, Amazon Fire TV, Roku and Apple TV.

VUit, which uses Syncbak's "adSync" system and taps into exchanges from companies such as SpoX and The Trade Desk, enables broadcasters to sell inventory for both local and national ads. Perry said the platform is already enabling 150 million ad avails into the live streams it's providing now.

But he's also open to enhancing the product with other business models. "We'll always be a free, ad-supported play, but I'm not ruling out micro-transactions in the future," he said. "Free is a great business model, especially for viewers, so our focus is likely to stay free."

Perry is now working to get "hundreds" more broadcasters on the VUit platform with a pitch to partner and provide access to their live feeds and other content at no cost to them, plus a way for those broadcasters to monetize the content they are streaming through VUit.

"I'm going to make it impossible for any broadcaster to say no," Perry said.

Tied into the launch of VUit, Gray Television has made a "significant additional investment" in Syncbak, but the amount was not announced (Gray made a $3 million strategic investment investment in Syncbak in 2016. Syncbak's other backers include CBS (now part of ViacomCBS), the National Association of Broadcasters and the Consumer Technology Association.

VUit coincidentally is getting off the ground as the nation's top TV broadcasters pursue a lawsuit against Locast, a non-profit startup that provides streaming access to local TV channels in several US markets.

How video analytics can kickstart the edge opportunity for telcos
Telco, media and entertainment, and training and certification
Kaizen Gaming modernizes service development with microservices on Red Hat OpenShift
Cable next-gen broadband technology: Network virtualization
How cable operators are modernizing for edge computing
More Blogs from CxO Spotlight
Clearfield CEO on community broadband and the 'build of a lifetime'