The next time you peer into a bargain bin, don't be surprised to find DirecTV in there.

Undaunted by "lowball bids" for its struggling satellite TV unit, AT&T is still pushing ahead with an auction for DirecTV, the New York Post reported Tuesday.

The auction is "shaping up to be a fire sale," the report added, noting that AT&T last week invited a "handful" of potential suitors  largely made up of private equity firms  into a second round of the auction. Dish Network is reportedly not participating in the auction, despite a recent declaration from Dish founder and chairman that a merger of Dish and DirecTV was "inevitable."

The first-round bids valued DirecTV at below $20 million, according to the pub, citing sources familiar with the process. An opening bid from Apollo Global Management reportedly came in at about 3.5 times DirecTV's approximate $4.5 billion of EBIDTA, implying a valuation of about $15.75 billion. 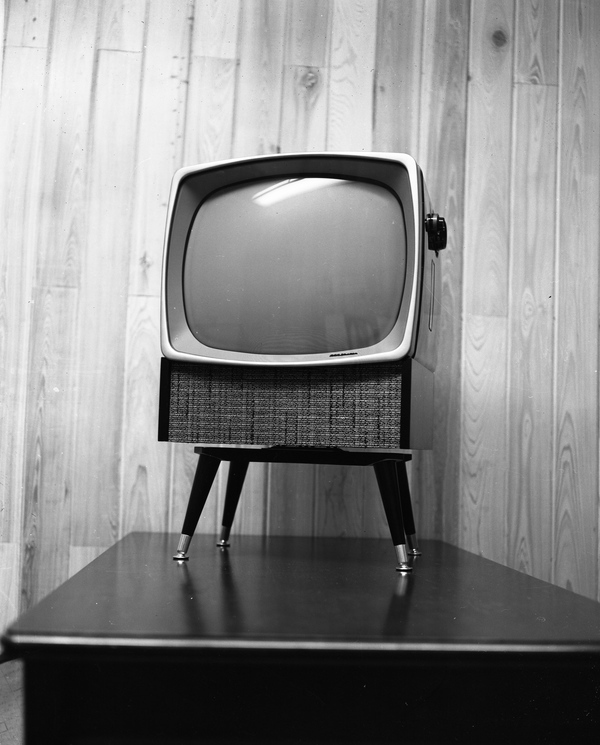 A new TV on a showroom floor in Tallahassee, Florida, circa 1957. Photo courtesy of the Tallahassee Democrat Collection.

AT&T CEO John Stankey, who proclaimed more than a year ago that AT&T was not interested in unloading DirecTV because he expected the satellite TV unit to have a key role in its advanced ad initiatives (AT&T is also trying to sell its Xandr ad-tech unit), is now "scrambling" to unload DirecTV in a process being led by Goldman Sachs, according to the paper.

It's possible that AT&T could retain a minority stake in DirecTV or take a deal that involves multiple partners, according to an earlier report by The Wall Street Journal.