AT&T CEO John Stankey is staunchly defending a decision by Warner Bros to release its 2021 slate of films concurrently at theaters and via the HBO Max streaming service, holding that it's a "win" for consumers as well as his company and its various partners. 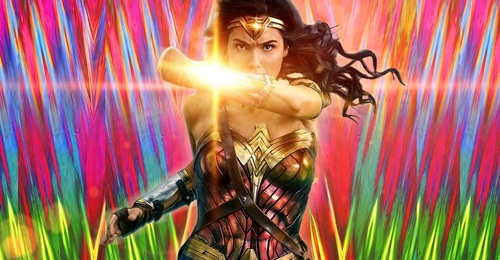 Even before Warner Bros makes it to its 2021 slate, Wonder Woman 1984 will be released at theaters and on HBO Max on Christmas Day.
(Source: Warner Bros)

To say there's disagreement with that assessment would be an understatement. Last week, MoffettNathanson analyst Michael Nathanson declared that "it's hard to find any winners here." Meanwhile, it's clear that most of Hollywood, including renowned filmmaker Christopher Nolan, is in a major huff about the decision, which will see Warner Bros titles such as Matrix 4 and Dune debut in theaters and on HBO Max at the same time.

Stankey said AT&T and WarnerMedia looked at a range of models to get films out, including staggered releases based on how certain geographies were handling the pandemic. He said there was also resistance to providing access to other OTT services and giving "arms" to what amounts to AT&T's "most significant competitors."

"We needed to try something different," Stankey said. "Our feeling was in the theatrical business, based on our best discussion with experts, we were going to be in a situation where the psyche of the population and people's willingness to go back in to large venues  that's going to be a bit of a prolonged recovery."

He admits that changing the model temporarily – what Stankey referred to as a "transition moment" – has caused "a degree of noise" and pushback, but expects everyone to eventually step into line.

"I think ultimately rational parties will step back and look at this and say that giving theater owners a predictable release of content over the next several months [so] they can plan around and start to work their business around is a good thing," he said.

He also reasons that the day-and-date approach with the Warner Bros 2021 movie slate will accelerate the growth of HBO Max, the supersized streaming service that launched nationally on May 27, and is on track to introduce a less expensive, ad-supported version of the service sometime in 2021. 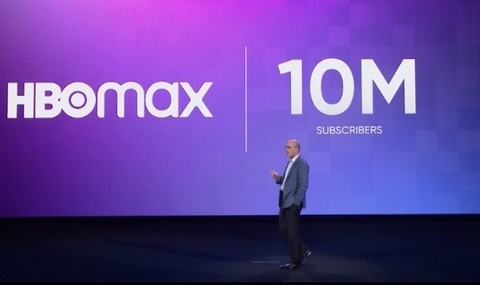 "This is an opportunity for us to take a streaming product [for which] ... speed to scale is important," Stankey said. "Customers are going to drive what occurs in the market, ultimately."

HBO Max ended Q3 2020 with a not-so-astounding 8.6 million "activations" through a blend of direct-to-consumer sales and partnerships with pay-TV distributors focused on upgrading/converting HBO subs to the new HBO Max.

Stankey said HBO Max activations have since risen to about 12.6 million. Meanwhile, the number of hours consumers are "engaged" with HBO Max is up about 36%, thanks to the performance of new titles and series such as The Undoing with Nicole Kidman and Hugh Grant and The Flight Attendant starring Kaley Cuoco, he said.

"Putting that film slate out there is only going to accelerate that further," Stankey promised.

He also argued that the decision for the 2021 slate does not favor one method of distribution over the other.

"We're doing both theatrical and streaming at the same time," Stankey said, noting later that the model will be adjusted as dictated by the effects of the pandemic. "This, to me, seems like a very friendly and innovative approach."

Pay-TV's best days are behind it

As for future plans for HBO Max, Stankey said an ad-supported version will launch sometime next year and is hopeful that it will help broaden the reach and adoption of the service. He hinted that the ad-based version won't necessarily feature only content with an ad load, suggesting that some content in that tier will be ad-free.

The emergence of virtual multichannel video programming distributors (vMVPDs) is also impacting the whole pay-TV market. "The margin at retail  is being competed away," Stankey said.