Government-Education-Medical (GEM), the original commercial vertical sector mantra for the cable industry, has served operators very well over the years, given their point-to-point services and dense local footprints. Although these segments are not yet fully penetrated, cable's segmentation and targeting are evolving with growth opportunities emerging in some unexpected areas, such as agribusiness and e-gaming, to name two.

Where and why are cable providers focusing their business services efforts today? And where do they plan to focus in the near future? By surveying a dozen business services executives from nine different Tier 1 and Tier 2 MSOs, Broadband Success Partners captured both quantitative and qualitative answers to these questions. Originally presented earlier this month at Light Reading's Cable Next-Gen Business Strategies conference in New York, the research results are highlighted here.

The GEM trio still dominates the cable industry's business services efforts, according to all the executives interviewed. However, the hospitality sector is now emerging as a close fourth. That's not a big surprise when you consider how cable TV consumer offerings are packaged and promoted to hotels, bars and restaurants. 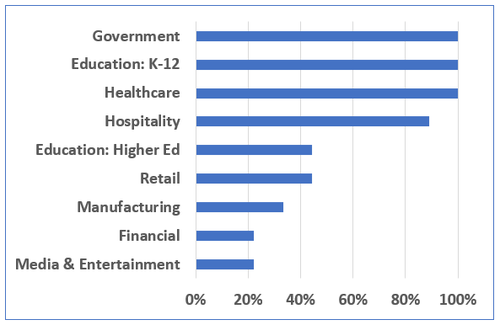 In their own words, here's why these executives prioritize these verticals the way they do:

"With the products and solutions we offer, we serve these industries well."

"They benefit from cost-effective broadband married with SDN capabilities for wide-area networks."

"They're typically regional businesses that fit our network footprint well."

"The larger enterprises within our footprint are within these verticals."

Next, we asked which of these verticals perform best. Fueled by e-rate funding, K-12 education is the clear winner here, with 43% of executives rating it number one. The second-best performer is healthcare, followed by hospitality and financial. Government received the most third-place votes.

Thus, cable's legacy GEM focus clearly continues to pay dividends. But other verticals are now popping up too. 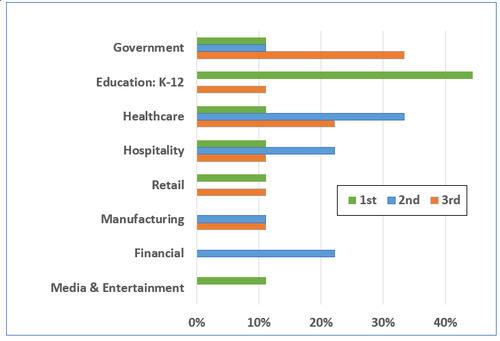 Which are the newest verticals with promise? The array of responses shines a bright light on several emerging areas where MSOs seem particularly well suited. For example, agribusiness is hot and getting hotter for some, especially in rural areas where farmers have access to gigabit speeds that enable them to leverage new technologies. "The early returns are extremely positive," according to one of the executives.

Consider this agribusiness IoT use case: crop yield improvement with industrial tilling equipment that drops one of three different types of seeds based on real-time soil acidity readings. 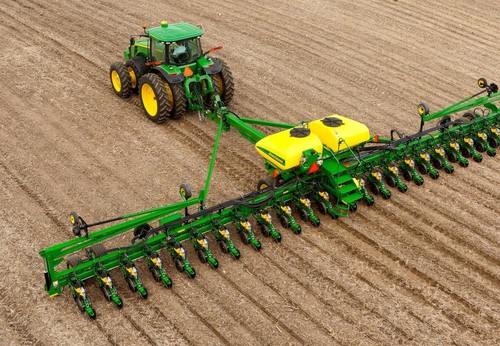 Keeping with the IoT thread, energy-utilities is another newer vertical for cable that is starting to rely on SD-WAN to manage IoT and telemetry devices.

With the explosion of e-gaming, several cable executives cited a renewed focus on higher education. To boost admission rates, universities are now offering scholarships and opportunities for sanctioned e-gaming teams to students.

There's also an upswing in manufacturing and retail. Bandwidth demand from manufacturing will keep growing as new technologies, such as artificial intelligence (AI) and augmented reality/virtual reality (AR/VR) for training, boost business productivity and efficiency. With amenity WiFi, retailers are capturing data and then using analytics to learn more about their customers and their behavior.

"Make new friends but keep the old. One is silver, the other is gold." Just like this song lyric some of us learned long ago, cable operators hope to keep mining GEM opportunities while embracing newer verticals.