Roughly a decade after opening its new corporate headquarters building, the Comcast Center, Comcast recently opened the doors to the company's second tower in downtown Philadelphia -- the Comcast Technology Center.

Taller than 973-foot Comcast Center, the new, 60-floor CTC building stands at 1,121 feet and serves as the hub for Comcast's engineering and software development organization, contains broadcast studios for NBC10/Telemundo and is the workplace for some 4,000 people.

Among some of the technology stats, the CTC is connected to 500 Gbit/s of capacity, equipped with more than 1,000 wireless access points and boasts 60 miles of fiber optic cabling.

Comcast employees started to move into the new building, on a phased basis, in August 2018, and the move was completed in December 2018.

Light Reading got an opportunity to take a look around the new building earlier this week. To get a glimpse of what we saw, click the image below to start up the slideshow: 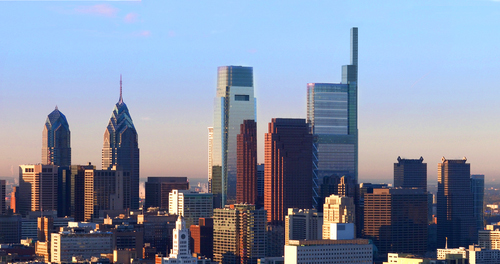