Technicolor is exploring a sale of part or all of the company, including its struggling set-top box division, Reuters reported.

Technicolor (Euronext Paris: TCH; NYSE: TCH) has been in those talks in recent months with other companies and with private equity firms, including Bain Capital , Reuters added.

In response to the report, the France-based company said it "regularly reviews and evaluates strategic alternatives for its assets, whether acquisitions, combinations or divestments, in the best interest of its stakeholders."

Those talks "may involve" industry players and financial investors, Technicolor added, but stressed that "any discussions are at a preliminary stage... No strategic decision or commitment has been made."

Reuters noted that Technicolor is considering a sale of its set-top box business as the company faces pressure from the rising costs for memory and other components. Arris Group Inc. (Nasdaq: ARRS), the world's largest set-top supplier, has also been dealing with component shortages, particularly for memory and multilayer ceramic capacitors (MLCCs). Among its tactics, Arris has been more selective with its STB business, focusing on the most profitable deals rather than bottom-line sales. BTIG Research analyst Walter Piecyk has speculated that Arris's proposed merger with CommScope Inc. could see Arris seek a sale of its own set-top box business. (See Arris Financials Clipped by Component Shortages.) 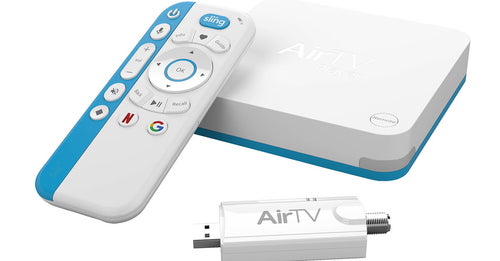 Though Technicolor says no decision has been made about next steps, Light Reading has heard similar rumors that Technicolor is trying to shop its troubled set-top box business.

If it does find a buyer, it would represent a complete reverse in direction established by Technicolor about three years ago. In 2015, Technicolor inked a deal to acquire Cisco Systems Inc. (Nasdaq: CSCO)'s consumer premises equipment (CPE) business for $604 million, with a provision that the companies would continue to work together on the development of video, broadband and IoT services. (See Cisco Sells STB Unit to Technicolor for $604M.)

Rumors that Technicolor might unload the STB unit comes amid struggles at its Connected Home unit, as Q3 revenues there were down in large part to weakness in the North American video market. Technicolor said that was driven by lower video demand from Charter Communications Inc. and partially offset by higher demand for broadband products from Comcast Corp. (Nasdaq: CMCSA, CMCSK). However, Technicolor said last month that prices for memory chips have seen some gradual important while costs for MLCCs have "continued to increase materially versus prior quarters."

In March, Technicolor sold most of its patent licensing business to InterDigital Inc. (Nasdaq: IDCC) for $475 million, noting that that it was done so it could "full focus on its operating business." However, that deal, which excludes some of Technicolor's mobile patents and some patents associated with patent pools such as MPEG LA LLC and HDMI Licensing LLC , could impact what price Technicolor might be able to get for its set-top box business.

The agreement between Technicolor and InterDigital also includes a "perpetual grantback licensing" component that gives Technicolor the same level of patent protection it had prior to the sale.

stevfortyfive 11/19/2018 | 10:54:43 PM
Does anyone want this skeleton of a company? Finally it seems the end is near.  This latest news is the continuation of a long story of failure since the French purchased RCA in the late 1980s.  Technicolor executive leadership never had a clue how to make a successful company.

Technicolor hollowed out engineering until is was virtually gone.  They let Broadcom eat their lunch, outsourced all the remaining value add to the product, then got squeezed to death between giant ODMs and customers who are determined to crush any of their margin.

For years there has been a steady stream of clueless Execs that seems to come from Alcatel (which is another massive failure of a company).

The executive leadership literally doesn't even know what the products are that Technicolor sells or how the business actually works.  Then there is the rest of the yes men that make sure to tell you they are "idea people".  They "don't get into details".

Most of time Technicolor Executive management was just focused on how they could sell more boxes and get their bonuses by cutting their prices and cutting engineering.

In the unlikely event that the company actually did make a product investment it was not often a failure, but always a failure.  Technicolor would usally take on way to big of an idea with 1/10 the resources they needed or make the wrong technology bet altogether.